Protests Outside Sushil Modi's Home In Patna Over Waterlogging, Garbage 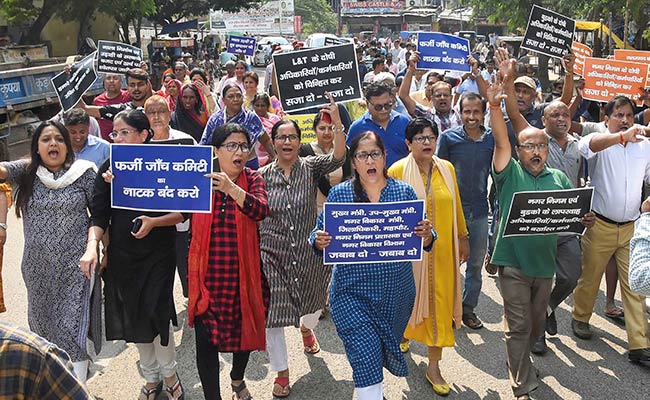 Fed up by waterlogging and accumulation of trash after heavy rain in Patna, a group of people on Sunday protested outside Bihar Deputy Chief Minister Sushil Kumar Modi's residence.

Even after a fortnight, water has not fully receded in some low-lying localities and garbage has not been cleared in some pockets.

Carrying placards, Patna residents shouted slogans and demanded action against officials who they said failed in their duties

"Sushil Modi left us in the lurch and fled to a safe place," one of the protesters said.

"Heaps of garbage have piled up in the area and it has become very difficult to live, another protester said.

Last Month, Sushil Modi and his family were rescued from their flooded home by a State Disaster Response Force team.

Official sources said security has been increased at Sushil Modi's home after protests.