The Central probe agency said that during investigation, it was found that the killing of Jagadish Kumar Gagneja was part of trans-national conspiracy hatched by senior leadership of the Khalistan Liberation Force (KLF). 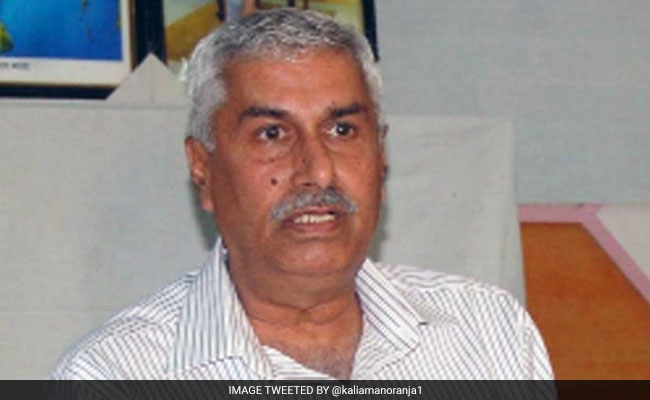 The National Investigation Agency (NIA) said today that it has filed a chargesheet against 11 persons, including a British national, in the murder case of Brigadier (Retd) Jagadish Kumar Gagneja, then vice chief of the Rashtriya Swayamsevak Sangh in Punjab.

A NIA spokesperson in Delhi said today that the agency filed a chargesheet in the Special NIA Court in Mohali on Friday.

The Central probe agency said that during investigation, it was found that the killing of Mr Gagneja was part of trans-national conspiracy hatched by senior leadership of the Khalistan Liberation Force (KLF).

The NIA chargesheet has been filed under various IPC sections dealing with murder, criminal conspiracy, acts done by several persons in furtherance of common intention and several sections of Unlawful Activities Prevention Act (UAPA) and sections of the Arms Act.

Of the 11 accused Hardeep Singh Shera is the main accused.

The NIA official said eight acts of targeted killings or attempted killings were executed as part of the conspiracy between January 2016 and October 2017 in Punjab.

The official pointed out that all the persons targeted belonged to specific communities and organizations and the objective was to destabilize the law and order situation in Punjab and revive terrorism in the state.

The official said that during the probe it was found that the conspiracy had its foot-prints in several countries including, Pakistan, UK, Australia, France, Italy and the UAE.

"As part of the conspiracy, large amounts of funds were supplied from Italy, Australia and the UK to the perpetrators of the killings- Hardeep Singh and Ramandeep Singh," said the official, adding these funds were used by them to purchase weapons for executing the killings as well as logistics.

The official said the conspiracy included recruitment and training of Hardeep Singh and Ramandeep Singh in Italy and Dubai, UAE, respectively.

"Accused Hardeep Singh is a permanent resident of Italy while Ramandeep Singh belongs to Punjab's Ludhiana. Both of them were trained by one Gursharanbir Singh, a UK national," he said.

The NIA official also said that another UK national, Jagtar Singh Johal, who has been arrested in the case was involved in the funding of the conspiracy.

The man behind day-to-day coordination of the conspiracy was Pakistan-based Harmeet Singh, a PhD.

Mr Gagneja was shot dead in August 2016 in Jalandhar. His murder was a part of the conspiracy of targeted killings to eliminate RSS leaders in the state by pro-Khalistan groups.

The case was transferred to the NIA this year following which it registered an First Information Report (FIR) in March this year.