The "My Life, My Yoga" contest (also called "Jeevan Yoga") is a joint effort by the Ministry of AYUSH and the Indian Council for Cultural Relations (ICCR). 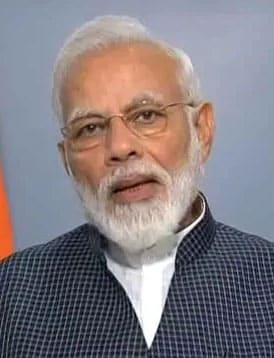 Prime Minister Narendra Modi launched a video blogging competition and invited citizens to participate in it during his "Mann Ki Baat" address to the nation on Sunday.

The "My Life, My Yoga" contest (also called "Jeevan Yoga") is a joint effort by the Ministry of AYUSH and the Indian Council for Cultural Relations (ICCR).

It focuses on the transformative impact of yoga on the lives of individuals and it comes as one of the activities related to the observation of the sixth International Day of Yoga (IDY) coming up on June 21, an official statement said.

The contest has gone live on the social media handles of the Ministry of AYUSH on Sunday.

The observation of IDY in the past years has been marked by thousands of harmonious mass demonstrations of yoga in public places.

"Due to the contagious nature of COVID-19, no mass gathering would be advisable this year. Hence, this year the ministry is encouraging people to practice Yoga at their homes, with participation from the entire family," the AYUSH Ministry said in a statement.

Through the competition, the Ministry of AYUSH and ICCR seeks to raise awareness about Yoga and to inspire people to prepare for and become active participants in the observation of IDY 2020.

The contest will run in two legs. The first leg consisting of an international video blogging contest, wherein winners will be picked within a country. This will be followed by global prize winners who will be selected from winners from different countries.

Entries can be submitted by participants under three categories covering youth (aged under 18), adults (above 18 years) and yoga professionals, and further, separately for male and female contestants.

This makes it a total of six categories in all. For contestants of India, prizes worth Rs 1 lakh, 50,000 and 25,000 for first, second and third ranking within each of the categories have been announced within the first leg, the statement said.

Details of the global prizes will be announced shortly on the Yoga Portal of the Ministry of AYUSH.

To enter into the contest, participants are required to upload a three-minute video of three Yogic practices (kriya, asana, pranayama, bandha or mudra), including a short video message or description on how the said Yogic practices influenced their life.

India Falls To 101 From 94 In Hunger Index Behind Pak, Nepal: Report