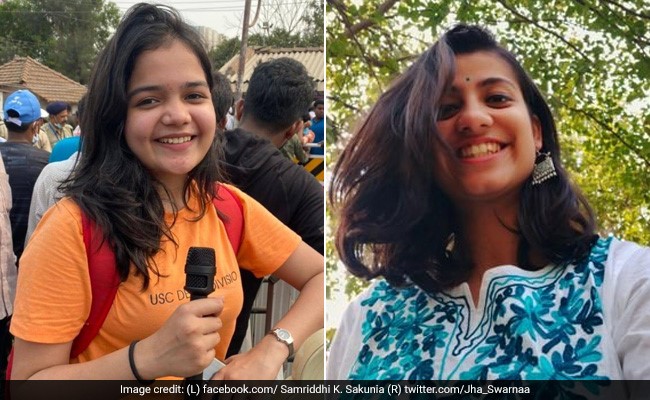 Tripura Violence: Press Club of India has demanded the case to be dropped.

The Press Club of India (PCI) on Tuesday demanded that a case filed against two women journalists by Tripura police, allegedly for creating hatred between communities, be dropped.

Condemning the police action against the journalists, the Press Club of India also urged the National Human Rights Commision (NHRC) to take cognisance of the human rights violation by Tripura police in detaining the two scribes till night in the police station.

Journalists Samriddhi Sakunia and Swarna Jha from HW News Network, who came to Tripura to write on the recent communal incidents were detained by Assam police on Sunday. Later, they were brought to Tripura and formally arrested on Monday morning on charges of posting inflammatory and fake news on social media.

The two were, however, later released on bail on Monday.

"The Press Club of India strongly condemns the detention and harassment of two Delhi-based women reporters, Samriddhi Sakunia and Swarna Jha by Tripura state police under charges of spreading communal hatred. The reporters were booked for creating hatred between communities for fabricating, concealing truth," the journalists body said in a statement.

"The Press Club of India demands that the cases be dropped and the media be allowed to carry out their duty independently. The PCI also urges the NHRC to take cognisance of the human rights violation by Tripura police in detaining both reporters till night in the police station, as law ordains that police can't keep a woman detained in police station beyond 6 pm," the journalists' body said.

The Press Club of India noted that this was not the first time that a media person faced harassment at the hands of the Tripura Police.

"Journalist Shyam Meera Singh was booked under the UAPA for reporting on the disturbing incidents unfolding in Tripura," it said.

For a democracy to thrive, the media should be allowed to do their job without any harassment, it added.