The Trust's fund-collection drive will continue till February 27.

President Ram Nath Kovind today donated Rs 5 lakh and one hundred towards the grand Ram Temple at Ayodhya as the Trust set up to oversee the construction launched a nationwide donation drive. Leaders of various political and quasi-political outfits joined the bandwagon, flagging off regional drives that will continue till February 27.

"He is the first citizen of the country so we went to him to initiate this drive. He donated a sum of Rs 5,00,100," VHP's Kumar said, according to ANI. 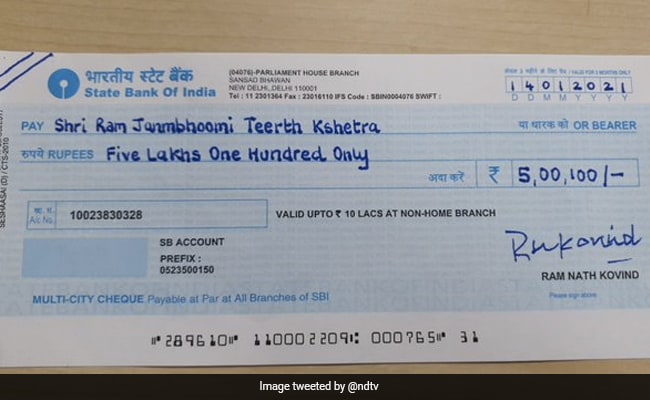 Madhya Pradesh Chief Minister Shivraj Singh Chouhan handed over a cheque of Rs 1 lakh towards the fund, ANI reported. "One brick from my family shall also be placed in the construction Lord Ram's Temple. This is not a Ram Temple really, is a national temple," he said in a Hindi tweet he posted along with photos. 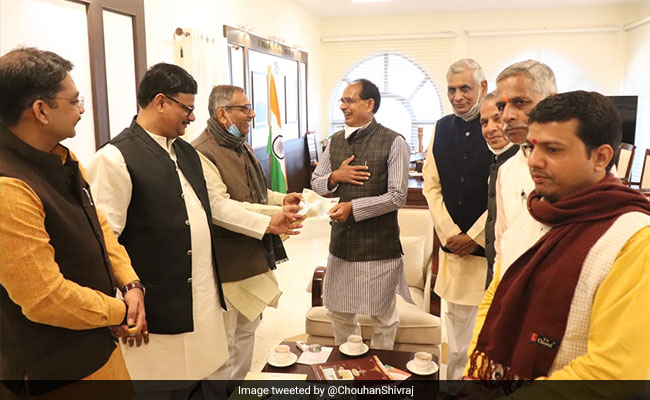 In Patna, launching the Samarpan Nidhi Sangraha Abhiyan, BJP leader Sushil Kumar Modi said, "I hope every Hindu family in Bihar contributes towards the building of the beautiful temple. I'm sure that whatever fund is required for the temple, we will get it out of people's cooperation."

Volunteers of various organisations will seek Rs 10, Rs100, or Rs 1,000 - the three types of coupons available against contribution - from Hindu households towards the construction. The Trust has decided against using any government fund, money from abroad, or corporate donations.

In November 2019, the Supreme Court of India brought the curtains down on the long-standing religious dispute over the site in Ayodhya, Uttar Pradesh, saying it belonged to Lord Ram. The five-judge constitution bench ruled that a "prominent site" in the same holy town will be allotted for a new mosque, in place of the one unlawfully razed down by Hindu activists in 1992. It ordered the Central government to set up a Trust to manage and oversee the construction of the temple.

In August 2020, Prime Minister Narendra Modi laid the foundation stone for the construction of the temple at the site.