PM Modi, in his Independence Day speech, said, the Ayushman Bharat scheme will will provide health cover for around 50 crore people. 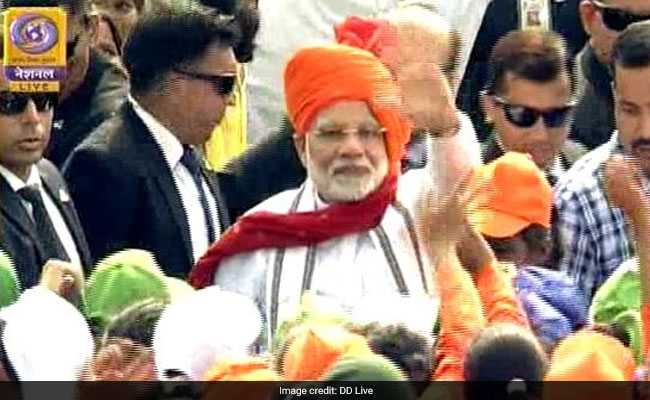 Prime Minister Narendra Modi today said the world's largest government-funded healthcare programme, Ayushman Bharat, will be rolled out on September 25, on the birth anniversary of Pandit Deendayal Upadhyay. Under the programme, an insurance cover of Rs 5 lakh will extend to 50 crore people - "the size of the population of America, Canada, Mexico or the entire population of Europe", he added.

"The Swachh Baharat programme may have saved 3 lakh lives. But in poor families, if anyone falls sick, it hurts the entire family... This is where the Ayushman Bharat scheme comes in," PM Modi said.

"It will open new avenues of employment for youths and people from middle class. New hospitals will open," he said.

The Ayushman Bharat scheme will target poor, deprived rural families and identified occupational category of urban workers' families, 8.03 crore in rural and 2.33 crore in urban areas, and will cover around 50 crore people. The scheme will initially be launched on a pilot basis in some states.

Popularly referred to as "Modicare", it aims to provide coverage of Rs 5 lakh per family annually, benefiting more than 10 crore poor families.

Ten big states, however, are yet to sign up for the ambitious scheme. The list includes not only non-BJP states like Odisha, Punjab, Delhi, Karnataka, Telangana, Tamil Nadu and Kerala but also BJP-run states like Rajasthan, Maharashtra and Goa.

The Prime Minister had inaugurated the first 'health and wellness centre' under Ayushman Bharat in Bijapur district in Chhattisgarh in April, on the occasion of Ambedkar Jayanti.

The Centre has allocated about Rs 10,000 crore for the project, but is yet to release its share of the funds to the states.