Both Haryana and Punjab assured the Prime Minister's Office that they are doing everything possible to clamp down on instances of stubble burning. 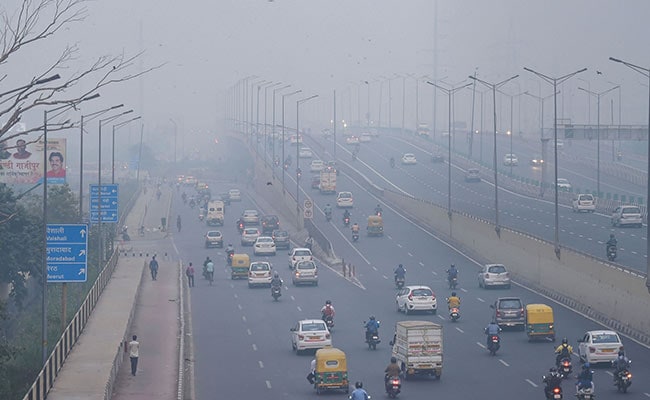 Top officials from Delhi, Punjab and Haryana listed out the measures adopted by them to tackle air pollution over the past 24 hours in a review meeting held by the Prime Minister's Office on Monday. These included imposing fines on farmers involved in stubble burning and sprinkling water in "pollution hotspots" across the states.

In a review meeting held for the second consecutive day, PK Mishra - Principal Secretary to the Prime Minister - said that short-term measures will be initially adopted to address immediate concerns of pollution levels skyrocketing in Delhi. A system for bringing about a long-term solution will be put in place later, a statement issued by the Prime Minister's Office said.

Stressing on the importance of pre-emptive action, Mr Mishra also asked Haryana and Punjab to provide details of additional measures adopted to prevent fresh cases of stubble burning over the last 24 hours.

Punjab Chief Secretary Karan Avtar Singh assured participants of the meeting that he was personally monitoring the situation with the help of Deputy Commissioners of various districts. He also said that strict action was being taken against those violating the Air (Prevention and Control of Pollution) Act- 1981.

According to Haryana Chief Secretary Kesni Anand Arora, Chief Minister Manohar Lal Khattar has directed the authorities to ensure a clampdown on instances of stubble-burning. Teams have been deployed on a round-the-clock basis to zero in on violators, he added.

Delhi Chief Secretary Vijay Dev said sprinkling of water has been intensified in the city with specific focus on "pollution hotspots", and those indulging in open dumping and burning of garbage were being fined to the maximum extent.

Among the other attending the meeting were Principal Advisor to the Prime Minister P K Sinha and Cabinet Secretary Rajiv Gauba, besides top officials from the Agricultural Ministry, Central Pollution Control Board and the India Meteorological Department.

The national capital region has been engulfed in a thick blanket of smog since October 27, the day of Diwali. At 4.38 am today, Delhi's air quality index (AQI) was recorded at a "severe" 438. Alipur, Narela and Bawana threw up high figures of 493, 486 and 472 respectively.

The Supreme Court had earlier in the day questioned the rationale behind the Arvind Kejriwal government's odd-even road rationing scheme in Delhi, telling it to instead adopt a long-term plan to ensure clean air for the people.

On Sunday, the national capital's average AQI had stood at 494 - the highest since November 2016 and just a few notches below the "severe plus" threshold of 500. However, the India Meteorological Department has indicated that weather conditions are likely to turn favourable over the next few days.