"Can Understand Congress. But Sharad Pawar?": PM Hits Out Over Pak Remark

PM Modi In Nashik Rally: On the decision of scrapping provisions of Article 370 in Jammu and Kashmir, PM Modi said this was the wish of 130 crore Indians. 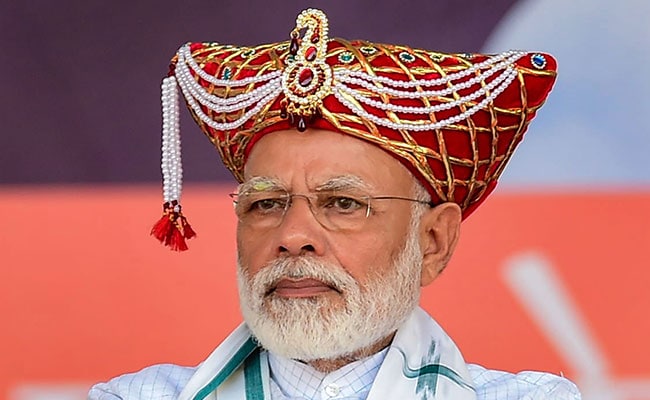 "I can understand the confusion of the Congress. But Sharad Pawar?" said PM Modi at a Nashik rally (PTI)

Launching the BJP's campaign for next month's Assembly elections in Maharashtra, PM Modi also said the state suffered due to political instability in the past and praised Chief Minister Devendra Fadnavis for providing a "stable government" in the last five years, despite BJP not having a complete majority on its own.

On the decision of scrapping provisions of Article 370 in Jammu and Kashmir, PM Modi said this was the wish of 130 crore Indians.

"The decision has been taken to save the Kashmiris from the cycle of violence, terror and separatism. They suffered for 40 years due to Delhi's (previous Congress-led governments) wrong policies and 42,000 people were killed," he said.

Instead of supporting the government on the decision taken in national interest, opposition leaders are making comments for their selfish political interests, PM Modi said.

"When the country is united over the decision on Kashmir, Congress and NCP leaders have not cooperated," he said.

Without naming Rahul Gandhi, PM Modi said the Congress leaders are making comments which are being used by other countries and terror outfits against India.

"I can understand the confusion of the Congress. But Sharad Pawar? I feel bad when an experienced leader like him makes wrong statements for votes. He said he likes the neighbouring country. But everyone knows where the terror factory is," PM Modi said.

"Modi has shown that the country's prime minister can be a liar. He said Pawar likes the rulers of Pakistan. But Pawar had clearly said in his speech that the rulers, army officers in Pakistan are anti-India, but the people there are not anti-India," NCP spokesman Nawab Malik told reporters.

"But it is you (Modi) who likes the rulers of Pakistan as you took oath in their presence," Mr Malik said, referring to PM Modi's invitation to then Pakistan prime minister Nawaz Sharif for the swearing-in in 2014.

Addressing a rally in Nashik as part of the conclusion of the ''Mahajanadesh Yatra'' undertaken by Mr Fadnavis to reach out to masses ahead of the Assembly polls, PM Modi said Maharashtra had not progressed as it should have.

"Fadnavis provided a stable government with a push for development of the state. He worked with complete dedication. It is now Maharashtra's turn to make use of his leadership qualities," PM Modi said.

The remarks are significant as the state goes to polls next month and are seen as an indication that Mr Fadnavis will be the Chief Minister if BJP and allies get a second term.

Giving his own example, PM Modi said people of Gujarat had given him an opportunity to be the longest-serving chief minister of that state.

"The manner in which I served the state with commitment and devotion, Fadnavis is also doing the same. Like me, he too will benefit," PM Modi said.

"For the first time in 60 years, a government has returned to power with much more numbers. When people give government the strength, the government can work better. See the 100 days performance (of BJP-led Central government). Are you happy," he asked.

In Maharashtra, only Mr Fadnavis and late Vasantrao (Naik of Congress) provided stable governments, he said.

"The land of Phule, Ambedkar, Shivaji did not see a stable government for consecutive five years previously," he said.

He said people of the state have made up their minds to "bless" those who are working to fulfill their dreams and expectations.

"The massive response to the yatra by Fadnavis and the culmination at Nashik in midst of "loktantra ka kumbh" (massive participation in the rally) give a clear message about what people of the state are thinking," he said.

"Fadnavis has covered 4,000 km during his yatra and got blessings of crores of people. He has got the energy to serve the people better. I am taking some of that energy with me today," PM Modi said.