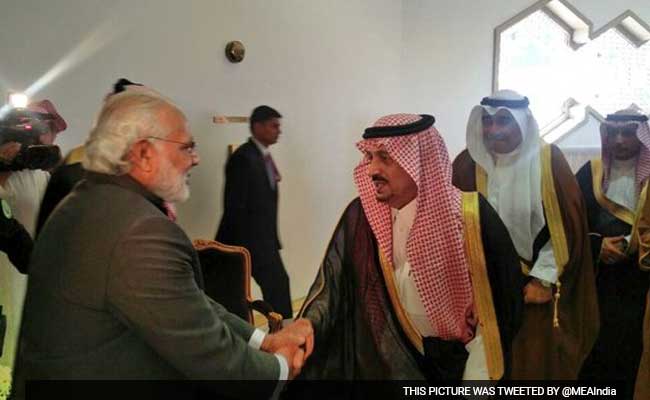 India, which imports around 80 percent of its oil needs, is keen to take advantage of low crude prices by signing overseas deals that will help secure supplies to meet its growing demand.

"We have to make sure that this supply continues. And this is one of the key agenda points that Prime Minister will be discussing with King Salman," he added.

The Saudi Press Agency reported PM Modi's arrival but gave no immediate details on the visit.

Mr Kumar said Modi was also expected to discuss means "to ensure the well being" of 2.96 million Indian expatriates in Saudi Arabia who send over $10 billion in remittances every year. 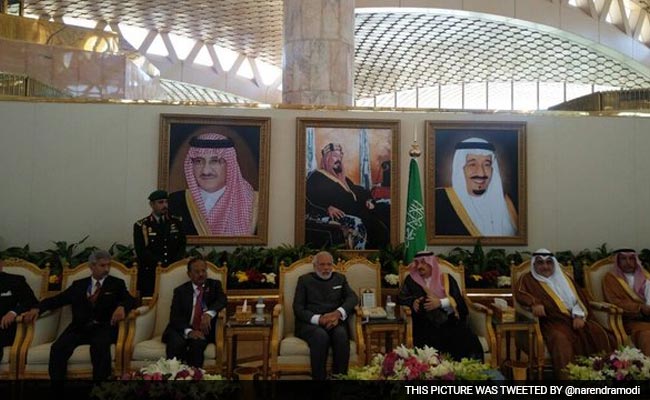 Security cooperation is also expected to be on the agenda of the talks.

Indian officials will discuss the Muslim hajj to ensure that it will take place smoothly, particularly after a stampede at the annual pilgrimage in September killed more than 2,000 pilgrims, including 116 Indians.

Muslim pilgrims have blamed the stampede on police road closures and poor Saudi management of the flow of hundreds of thousands of people, who found escape routes blocked when the crush occurred.

Security cooperation is also expected to be on the agenda of the talks, Kumar said.

Saudi Arabia and the US Treasury this week announced that they had jointly imposed sanctions on four individuals and two organisations with alleged links to Al-Qaeda, Taliban, and Lashkar-e-Taiba (LeT) -- which India blames for the 2008 Mumbai attacks that killed 166 people.

Among those sanctioned was Saudi-based Muhammad Ijaz Safarash, who allegedly provided financial, material, or technological support for the Pakistan-based militant group LeT.