Prime Minister Modi made a series of tweets wishing the people of various states that are marking their statehood or formation days on Sunday. 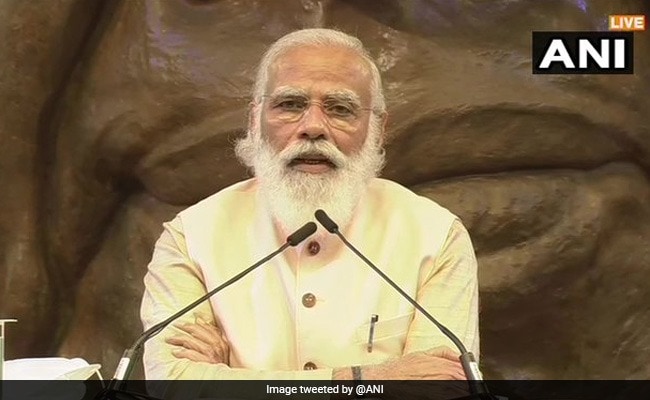 Taking to Twitter, the Vice President extended greetings and warm wishes to the people of Andhra Pradesh, Karnataka, Haryana, Chhattisgarh, Madhya Pradesh, Punjab and Kerala, and Union Territories of Andaman and Nicobar, Lakshadweep and Puducherry on their formation days.

"They have enriched the nation through their natural and human resources. I wish the people of these states & UTs a happy, healthy and prosperous future," he said.

Prime Minister Modi also made a series of tweets wishing the people of various states that are marking their statehood or formation days on Sunday.

"Karnataka Rajyotsava greetings to my sisters and brothers of Karnataka. Powered by the strength and skills of the people of the state, Karnataka is scaling new heights of progress," PM Modi said.

"I pray for the happiness and good health of the people of Karnataka," he said.

Wishing the people of Andhra Pradesh, he said the state is synonymous with hardwork and compassion.

"People belonging to AP have gone on to excel in several fields. On AP''s Formation Day, my greetings to the people of the state and best wishes for their developmental aspirations," he said.

The prime minister also extended Kerala Piravi day wishes to the people of Kerala, saying they have always made indelible contributions to India's growth.

"Kerala's natural beauty has made it among the most popular destinations, drawing people from all over the world. Praying for Kerala''s continuous progress," he said.

The prime minister also extended greetings to the people of Madhya Pradesh on their statehood day.

"The state is making remarkable progress in key sectors and is making a long-lasting contribution in realising our dream of an Aatmanirbhar Bharat," he said.

While conveying his greetings to the people of Chhattisgarh on their statehood day, PM Modi said he wishes that this region, which has been the centre of diverse cultures since ancient times, continues to move forward on the path of progress and prosperity.

"May this symbol of prosperity and progress continue to make new records of progress," he said.