PM Modi Is 'Baahubali' For Me. Film As Good As Ben Hur: Venkaiah Naidu 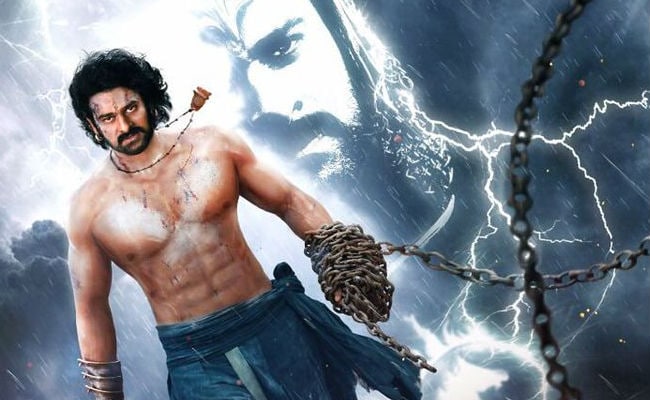 Congratulating the team, he said the canvas of the film and the courage of director left him "amazed".

Hyderabad: Information and Broadcasting Minister Venkaiah Naidu, who watched 'Baahubali 2-The Conclusion' yesterday, turned out to be an unexpected fan. The film, he said, was as good as timeless classics like "Ben Hur" and "The Ten Commandments". Between them, the two Hollywood grossers, starring Charlton Heston, had won 19 Academy Awards.

In a lighter vein, the minister said, "The PM (Narendra Modi) is 'Baahubali' for me and then the cinema."

The second part of 'Baahubali' by SS Rajamouli - the most awaited over the last two years -- has raked in more than Rs 220 crore in the first two days of its launch, Box Office India has reported.

"It is a great visual treat... giving the experience of legendary Hollywood films like Ben-Hur and Ten Commandments," Mr Naidu told reporters after watching the film. "It has taken Indian cinema to an entirely new level and coming from regional language (Telugu) team is all the more praiseworthy. I have met Rajamouli. He has proved that he has the capacity to compete with Hollywood directors".

Congratulating the team, the minister said the canvas of the film and the courage of director Rajamouli left him "amazed". The characterisation, commitment to ensure quality of production "and the fine blend of emotion with technology makes it a global quality film," he added.

Asked whether regional movies should have Hindi subtitles or be dubbed in that language, he said, "It is not mandatory. Those who want to promote (their film) can put subtitles.

"As far as language is concerned, if you go outside (from a state) you have to put subtitles and translate or dub, else people will not be able to enjoy."

Promoted
Listen to the latest songs, only on JioSaavn.com
Baahubali: The Conclusion is the second of the two-part epic series. The cast includes Prabhas, Rana Daggubati, Ramya Krishnan, Sathyaraj, Anushka Shetty and Tamannaah Bhatia.