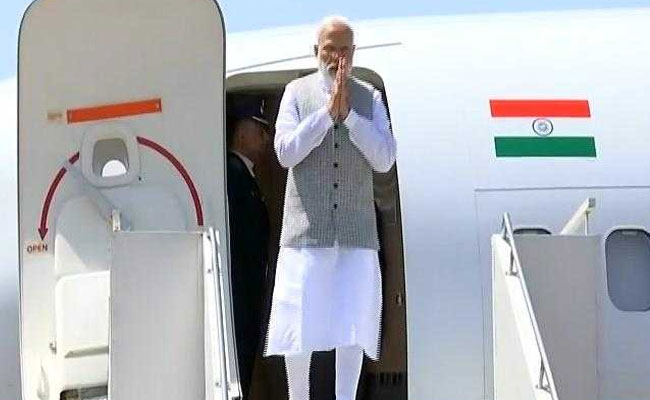 At Kalaburagi, the PM Modi launched development projects in various sectors, including energy, health and education. He also dedicated the Income Tax Appellate Tribunal Terminal at Bengaluru. PM Modi interacted with the beneficiaries of Ayushman Bharat at Kalaburagi.

Here are the LIVE Updates of PM Modi's visit :

Mar 06, 2019 17:28 (IST)
Key points from PM Modi's speech in Tamil Nadu:
The Central Government is making continuous efforts towards the development of Tamil Nadu. We are committed to creating a developed Tamil Nadu that Amma Jayalalithaa dreamt of
I salute this land of Kancheepuram. The wise Kalidas called this land Nagareshu Kanchi - the best among cities. Today, the Member of Parliament from Kashi has come to Kanchi
Mar 06, 2019 17:24 (IST)
PM Modi speaks at NDA rally in Kanchipuram, Tamil Nadu 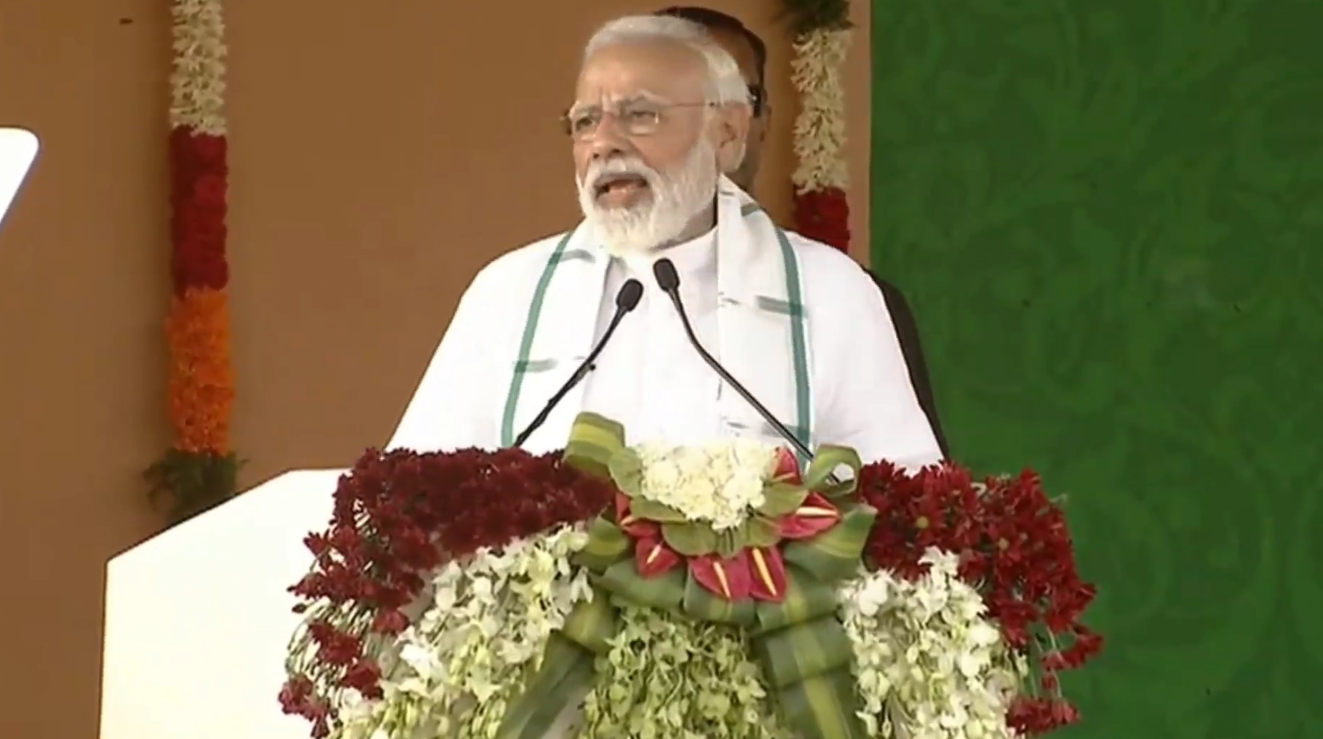 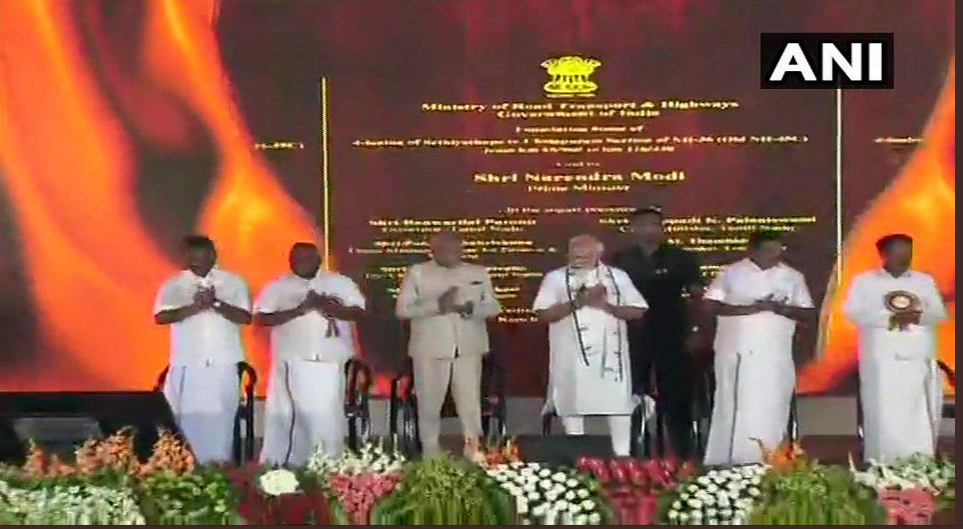 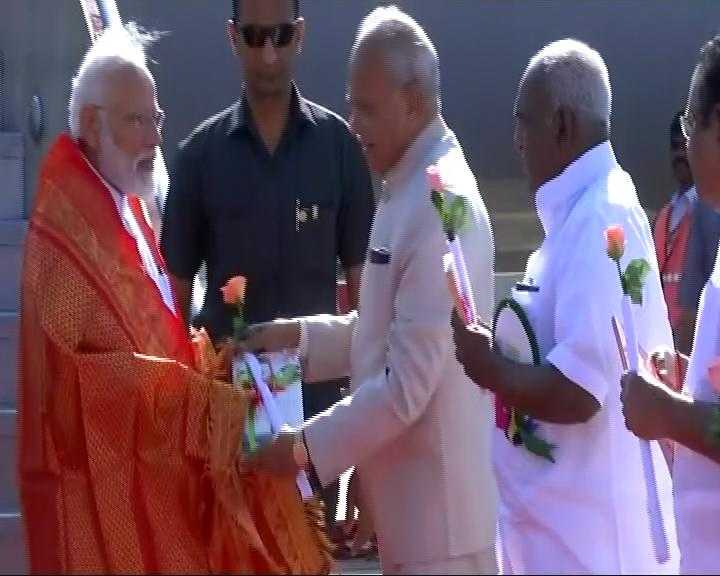 Mar 06, 2019 15:14 (IST)
Amit Shah in Telangana:
In 5 years, there has not been a single corruption accusation against our government. It's a matter of pride for the BJP karyakartas
India is safe under the leadership of PM Modi. Only he can provide a sense of security to Indians
The opposition parties are questioning the air strikes by asking for the proof of attacks on Jaish-e-Mohammed hotbeds
Mar 06, 2019 15:05 (IST)
BJP National President addresses Shakti Kendra Pramukh Sammelan  in Nizamabad, Telangana.
Mar 06, 2019 13:30 (IST)
Opposition trying to remove me, while I am trying to remove terrorism, poverty and corruption: PM Modi
Karnataka has a 'Mazboor' govt but I hope you don't want such a govt in the centre. Sometimes we have to pay a heavy price for a small mistake. The people of Karnataka must be experiencing the same: PM Modi
Country and citizens should be safe. A small mistake can be quite costly. After 30 years Delhi has got a full majority government. (Hinting the opposition) They are coming together to remove me and I am working towards removing terrorism: PM Modi
Mar 06, 2019 13:27 (IST)
The MSP increased for sugarcane farmers has been increased. Additional financial assistance of Rs. 14 on per quintal will be credited directly to their accounts. Till the time Modi is here, the corrupt won't be able to run their shops: PM Modi
Mar 06, 2019 13:25 (IST)
People attend PM Modi's rally at Kalaburagi, Karnataka 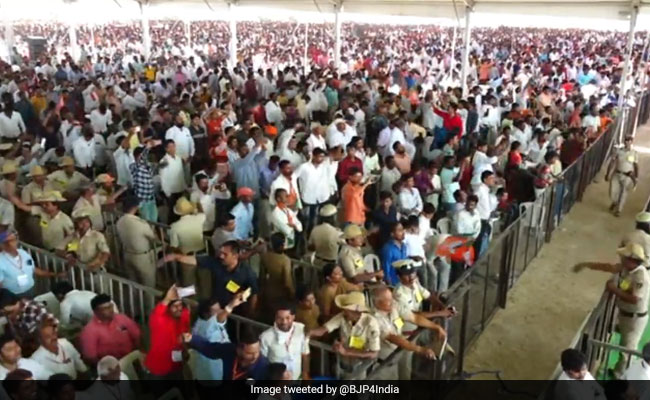 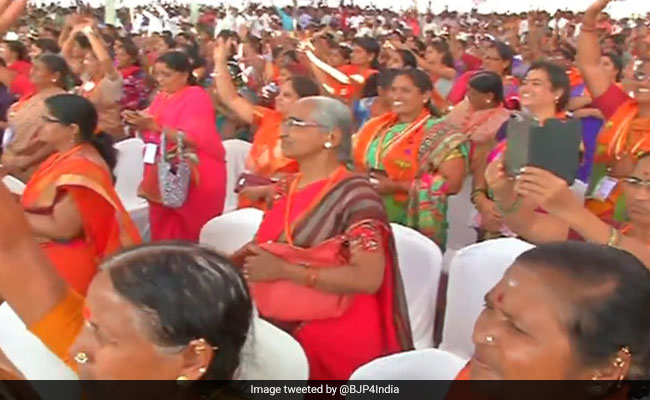 Mar 06, 2019 13:15 (IST)
Remote controlled CM of Karnataka has not sent the list of eligible farmers to the Centre: PM
We have not yet got the list of farmers' in Karnataka, this shows the dedication of the state government towards its people and farmers. After getting votes they forget the poor and farmers. Former parties had promised waiving loans of farmers, but they did not keep up their promises: PM Modi
Mar 06, 2019 13:13 (IST)
Gumuntu Tribe and banjara to have a welfare board: PM Modi
12 crore farmers will get benefits of PM Kisan Nidhi Scheme. This will help the farmers and the villages in Karnataka, he added.
Mar 06, 2019 13:10 (IST)
Ayushman Bharat is also an important aspect of our government. The state is getting the facilities of the project. Nearly 14,00,000 poor patients across the Country have benefited from the Pradhan Mantri Ayushman Bharat Yojana, says PM
Mar 06, 2019 13:08 (IST)
Benguluru now has Income Tax Appellate Tribunal Terminal. It will now help in easing the income-tax related projects: PM Modi
Mar 06, 2019 13:03 (IST)
Ayushman Bharat is also an important project of our government: PM Modi
Medical college was planned in 2009 and today after our government's efforts, the college is ready to impart education.
I am particularly delighted that a girls hostel of Bangalore University is being dedicated to the nation. This will cater to the needs of several students from the Northeast who study in Bengaluru, he said.
Mar 06, 2019 13:01 (IST)
Medical education and health facilities will now be available in Karnataka. Rajajinagar will now have ESI hospital facility, says PM Modi
Mar 06, 2019 12:59 (IST)
With the expansion of the same pace of development, a project of about 1,000 crore rupees has been inaugurated, Lithoscope and localization today. It is being installed in Kalburgi to expand Raichuur Depot of Bharat Petroleum, PM Modi said

Raichur depot was small and unable to cater to the needs. Earlier, it was spread over 2.5 acre. It's now being built on more than 56 acre: PM Shri @narendramodihttps://t.co/a69ckfI7Gn... #ModiMattommepic.twitter.com/PAcxPaBqiL

JDS leader and former Prime Minister HD Deve Gowda after his meeting with Rahul Gandhi over seat-sharing in Karnataka for LS polls: There are 28 seats in all. I have clinched 10 seats. Final decision will be taken after Rahul Gandhi discusses it with KC Venugopal and Danish Ali. pic.twitter.com/v1ApEuGr6w 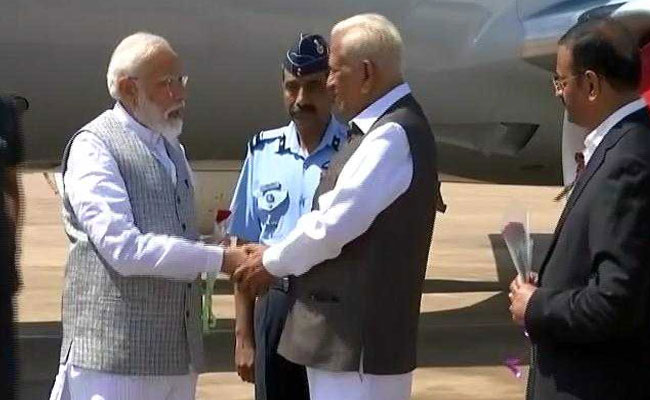 The Prime Minister will dedicate the Ennore LNG Terminal to the nation. The Ennore LNG terminal with a capacity of 5 MMTPA will help in meeting the LNG gas demand in Tamil Nadu and neighboring States

Earlier in the day he tweeted

Looking forward to being in Kancheepuram for the launch of many development works relating to road and railways sector.

The Ennore LNG Terminal will be dedicated to the nation.

A statue of the great MGR will be unveiled at Dr. MGR Janaki College of Arts & Science for Women.

Mar 06, 2019 11:48 (IST)
For strengthening of NH-234, the Prime Minister will lay the foundation stone for the widening and strengthening of carriageways and culverts. He will also dedicate the four laning and strengthening of carriageways of Avinashi-Tirupur- Avinashipalayam section of NH-381 to the nation.
Mar 06, 2019 11:13 (IST)
PM will lay the foundation stone for six laning of Karaipettai-Walajapet section of NH-4 in Tamil Nadu
Mar 06, 2019 10:24 (IST)
In a major boost to the health care sector in Karnataka, the Prime Minister will dedicate the ESIC Hospital and Medical College, Bengaluru to the nation.
He will also dedicate the Super Specialty Block of KIMS, Hubballi. These projects are meant to ensure quality and affordable healthcare for the people in Karnataka.