"To Prove He Is Superior, He Can Demean...": Rahul Gandhi's Attack At PM 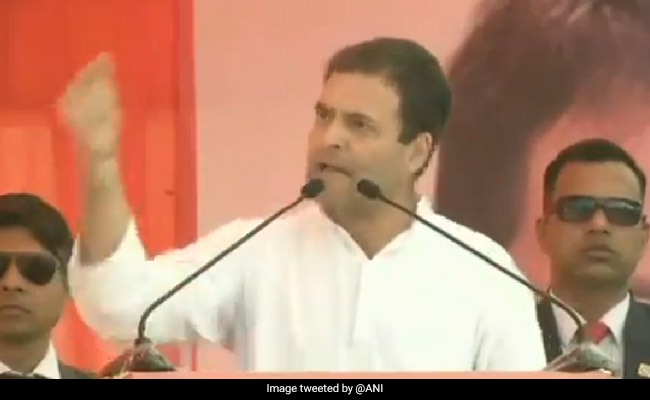 Congress chief Rahul Gandhi on Wednesday said Prime Minister Narendra Modi showed his need to prove his superiority by questioning Sardar Vallabhbhai Patel and asserting that Kartarpur went to Pakistan due to the lack of wisdom of the leaders of that time.

His attack on PM Modi came a day after the prime minister alleged that Kartarpur went to Pakistan at the time of independence because Congress leaders of that time had no vision and did not respect Sikh sentiments.

In a Facebook post in Hindi, Mr Gandhi said PM Modi was now questioning Sardar Patel and implying Kartarpur went to Pakistan due to the lack of wisdom of the leaders of that time.

"What is in Prime Minister Modi's mind has finally been articulated... to prove himself superior to others, he can demean Gandhi, Patel and other leaders," Mr Gandhi said.

Correcting Congress' mistakes was his "destiny", PM Modi said in an election meeting in Rajasthan on Tuesday while referring to the recent opening of the Kartarpur Sahib corridor across India-Pakistan border. The foundation stone for the much-awaited corridor linking Gurdwara Darbar Sahib in Pakistan's Kartarpur - the final resting place of Sikh faith's founder Guru Nanak Dev - to Dera Baba Nanak shrine in India's Gurdaspur district was laid last week.