Rajasthan Elections: Kartarpur went to Pakistan due to lack of vision, sensitivity of then Congress leaders, Prime Minister Narendra Modi said at rally in Rajasthan today. 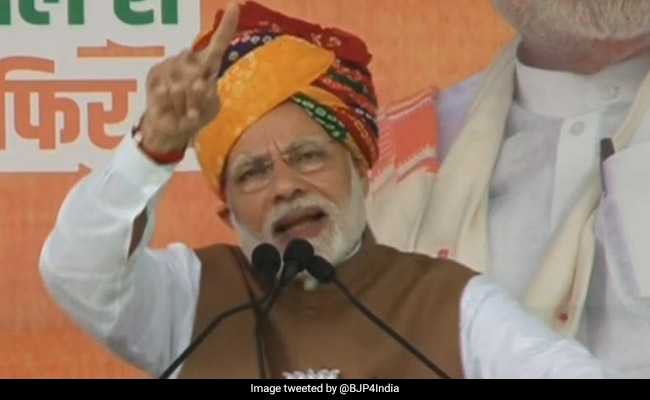 Prime Minister Narendra Modi today said the Kartarpur Sahib Gurdwara, one of the holiest Sikh shrines, went to Pakistan because of the lack of vision and sensitivity of Congress leaders. Campaigning in Rajasthan, PM Modi referred to the Kartarpur corridor being built between the two nations to enable Sikh pilgrims from India to visit the gurdwara and questioned why this was not done 70 years ago.

"The credit of the Kartarpur corridor goes to your vote. Correcting Congress mistakes was my destiny," the Prime Minister said at a rally in Hanumangarh on the last day of campaigning for the polls to be held on Friday.

He alleged that Congress leaders at the time had "no idea about the importance of Guru Nanak Dev" and no respect for Sikh sentiment.

During the ground-breaking ceremony for the Kartarpur corridor in Pakistan, union minister Hardeep Singh Puri had said the corridor "should have been operationalised many years ago. The cartographer who made the (boundary) line made a fundamental mistake."

The 16th century Kartarpur Gurdwara, located around three-four km from the border on the banks of the river Ravi in Pakistan, is important for Sikhs as Guru Nanak Dev, their main guru, spent 18 years here.

The corridor was inaugurated in India on November 27 by Vice President Venkaiah Naidu and Punjab chief minister Captain Amarinder Singh and in Pakistan it was inaugurated by Prime Minister Imran Khan.