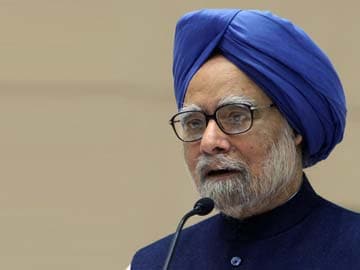 Prime Minister Manmohan Singh on Saturday condemned the violence in Assam and said that such attacks are "cowardly attempts to spread fear and terror". At least 30 people died of which seven bodies found were of children.

Following is the full statment released by the Prime Minister's office:

Expressing his shock and grief the Prime Minister said the attacks are cowardly attempts to spread fear and terror among our citizens. He said that his heart reaches out and grieves for all those who lost their near and dear ones and other affected people. (PM condemns Assam violence; promises steps to restore peace)

"The government stands committed to fighting terror in all its forms. The people of Assam have been braving terrorist attacks with courage and fortitude in the past. They have voted in large numbers in the polling for the General elections and I am confident they will continue to fight terror resolutely," the statement quoted Dr Singh as saying.

He urged the people to remain calm, ignore rumours and carry on their activities normally. The Central Government he said will assist the State Government in taking all measures to defeat the forces of terrorism.

Earlier in the day, the Prime Minister was briefed by National Security Adviser Shiv Shankar Menon on the issue.