Perturbed That Many Declined To Be Part Of Pegasus Probe Panel: P Chidambaram

Pegasus Spyware Probe: "This episode illustrates how far we have travelled from the exhortation of Mahatma Gandhi that Indians should not fear their rulers," P Chidambaram said. 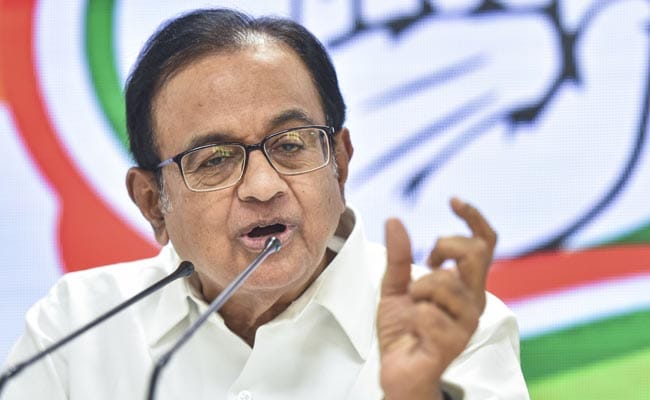 "I am perturbed by the statement in the Supreme Court order," Congress's P Chidambaram said

Senior Congress leader P Chidambaram on Thursday said he was perturbed by the statement in the Supreme Court order on the Pegasus snooping matter that many persons "politely declined" to be a member of the probe committee, and asserted that the "episode" illustrated how far the country has travelled from the exhortation of Mahatma Gandhi that Indians should not fear their rulers.

The Supreme Court on Wednesday set up a three-member independent expert panel to probe the alleged use of Israeli spyware Pegasus for targeted surveillance in India, observing the state cannot get a "free pass" every time the spectre of national security is raised and that its mere invocation cannot render the judiciary a "mute spectator" and be the bugbear it shies away from.

"I am perturbed by the statement in the Supreme Court order that many persons when requested to be a member of a Committee to probe the Pegasus controversy, 'politely declined'," Mr Chidambaram tweeted.

Can any conscientious citizen decline the request of the Supreme Court to serve in a matter of paramount national interest, the former Union minister asked.

"This episode illustrates how far we have travelled from the exhortation of Mahatma Gandhi that Indians should not fear their rulers," Mr Chidambaram said.

This episode illustrates how far we have traveled from the exhortation of Mahatma Gandhi that Indians should not fear their rulers.

In a significant verdict over the issue of protecting citizens' right to privacy that was welcomed by legal experts, a bench headed by Chief Justice NV Ramana asserted that in a democratic country governed by the rule of law, indiscriminate spying on individuals cannot be allowed except with sufficient statutory safeguards by following the procedure established by law under the Constitution.