PC Chacko said Sheila Dikshit's decision to dissolve the 280 block committees was already "stayed" by him so appointment of block observers was not only "unauthorised" but would create "differences and conflict". 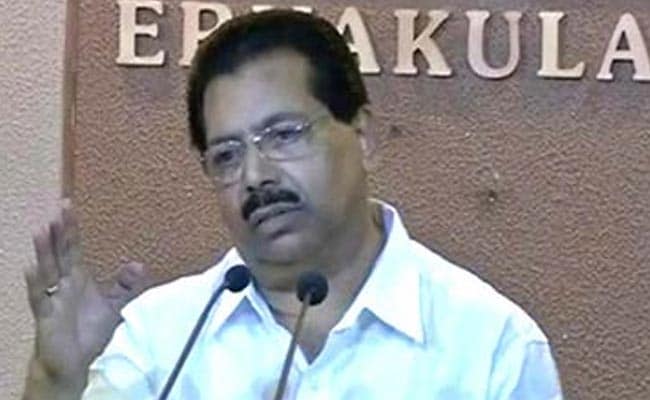 In his letter to Sheila Dikshit, PC Chacko termed the appointments as "unauthorised".

In his letter to Ms Dikshit, Mr Chacko termed the appointments as "unauthorised".

Mr Chacko said Ms Dikshit's decision to dissolve the 280 block committees was already "stayed" by him so appointment of block observers was not only "unauthorised" but would create "differences and conflict".

Ms Dikshit on Friday had announced names of district and block-level observers to strengthen the party organisation in view of the Assembly elections due early next year.

Senior leaders including former ministers were appointed as district observers to supervise appointments to the post of presidents of 280 block committees of the party in the national capital.

Mr Chacko raised objection over the appointment of district observers, claiming the decision was taken "without consulting" three working presidents and him as in-charge of Delhi Congress.

"I am sorry to say that a senior leader of your stature should not have flouted the AICC directive and taken this decision leading to differences and conflict in the rank and file of the party," Mr Chacko wrote to Ms Dikshit.

The former Thrissur MP asked Ms Dikshit to keep in "abeyance" all recent actions and call a meeting of the party's office bearers in his presence for discussing organisational matter.

In the letter, Mr Chacko added that the former Delhi chief minister should "restrict" persons "acting on her behalf" and hurting the party's image by passing on information to media.

Ms Dikshit's close aides said she was admitted to the hospital and could not speak on the matter. They said Ms Dikshit was expected to be discharged soon.

In another letter addressed to Ms Dikshit, working presidents Rajesh Lilothia, Haroon Yusuf and Defender Yadav expressed resentment over not being consulted in the decision making.

"It is saddening that all the decisions taken in the past were unilateral without even informing us," the working presidents said, in their jointly signed letter, pointing to the formation of a committee to probe the party's debacle in Lok Sabha polls, dissolution of block committees and appointment of observers.

However, Mr Lilothia, who attended the meeting of district and block observers held at Delhi Congress office on Friday, said, "These are suggestions through which we routinely update the leadership as a part of our party's internal democracy."

Meanwhile, a group of Delhi leaders raised the issue of decision making in the party unit, by complaining to Congress president Rahul Gandhi in a letter.

They urged him to "bring order" in Delhi Congress, saying it's leadership is suffering from "complete lethargy" and has failed to raise public-centric issues from the party platform.

"It is unfortunate that leaders holding high posts do not have knowledge of the party''s Constitution and they are objecting to decisions of Delhi Congress president," Mr Kochar said.

At a time when the Congress president himself has resigned, his appointees automatically do not have the right to be involved in decision making by Ms Dikshit, he added.