Lunar Eclipse 2019: The partial lunar eclipse, which is said to be the last of 2019, started at around 1.31 am and will be ending before dawn on Wednesday. 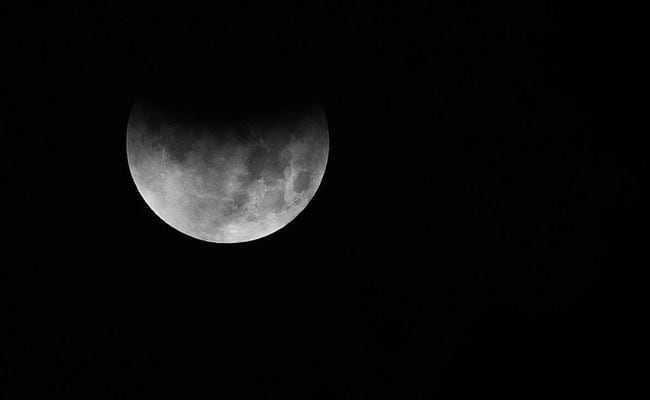 Partial Lunar Eclipse July 2019: The eclipse gradually grew and was at its peak at 3 am.

India on early Wednesday witnessed a partial lunar eclipse (ardh chandra grahan as it is called in Hindi) for few hours.

The partial lunar eclipse, which is said to be the last of 2019, started at around 1.31 am and will be ending before dawn on Wednesday. The eclipse gradually grew and was at its peak at 3 am and it exactly seemed as if a chunk of the Moon has been bitten off.

A lunar eclipse occurs when the Moon passes directly behind Earth and into its shadow. This occurs only when the Sun, Earth, and Moon are exactly or very closely aligned, with Earth between the other two.

A lunar eclipse can occur only on the night of a full moon. The type and length of a lunar eclipse depend on the Moon''s proximity to either node of its orbit.

During a partial lunar eclipse, the Earth's shadow passes only through a part of the Moon, resulting in a large dark spot that makes it seem as though a chunk of the Moon has been bitten off.

Apart from India, the eclipse was witnessed in regions of Africa, Asia, Australia, Europe, and South America.

The partial lunar eclipse was seen like this in the cloudy skies of Delhi when it began at 1.31 am.

At around 3 am, the eclipse, which was an easy-to-watch astronomical event, was in its maximum intensity.

According to the Hindu tradition, no religious or auspicious practice is performed at the time of the lunar eclipse.

Going by this tradition, many famous temples across the country also remain closed for darshan during the period. People performing puja are instructed to do it before or after the eclipse.

People following the Hindu religion are advised to take a bath before and after the lunar eclipse. They also avoid cooking or consuming food during that period.