A three-member committee, headed by Vice President Hamid Ansari, had cleared his name for the post of the CEO of Prasar Bharati for a period of five years, an official statement said. 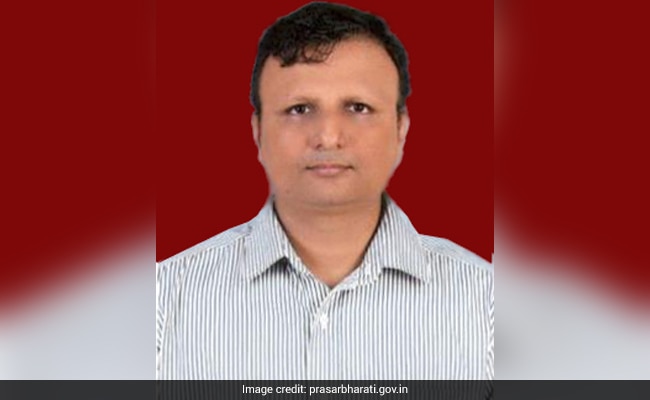 New Delhi: Shashi Shekar Vempati, a part-time member of the Prasar Bharati Board, was today appointed as the Chief Executive Officer (CEO) of the public broadcaster for a period of five years.

A three-member committee, headed by Vice President Hamid Ansari, had cleared his name for the post, an official statement said.

Information and Broadcasting Minister M Venkaiah Naidu tweeted to congratulate Mr Vempati on his appointment. He hoped that the public broadcaster will scale new heights under his leadership.

Prasar Bharati Chairman A Surya Prakash said Mr Vempati had played an active role in a committee formed to explore the setting up of a digital platform.

An alumnus of IIT-Bombay, Shashi Shekar Vempati has over two decades of experience as a technocrat with specialisation in areas of corporate management, technology consulting and digital media.

He will succeed Rajeev Singh, member (finance) of the board, who was serving as the interim CEO after S C Panda retired earlier this year.

The previous CEO Jawhar Sircar had quit in October last year, a few months before his tenure was due to end, following which Panda, member (personnel), Prasar Bharati, was made the acting CEO.

Mr Vempati has been serving as a member (part-time) of the board since February 2016.

Mr Vempati had worked with Infosys for more than a decade as a product strategist and digital innovator in the US.