Paraglider Dies After Falling From Parachute In Assam: Report

The parachute accident occurred at a resort set up illegally on Dibru riverbed, which was offering various adventure sports, a report said citing sources. 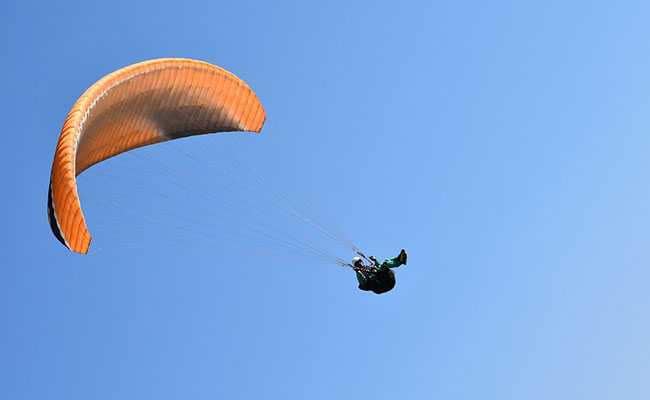 The paraglider fell from parachute when the jeep pulling it got stuck in river sand. (Representational)

A 35-year-old tourist was killed when he fell down during paragliding at a temporary resort set up in Dibru river in Assam's Tinsukia district, officials said on Thursday.

The resort was set up illegally on Dibru riverbed at Guijan as the area falls under the eco-sensitive zone of Dibru-Saikhowa National Park and was offering various adventure sports like paragliding, official sources said.

The paraglider, identified as Pankaj Gogoi, fell from the parachute when the jeep pulling it got stuck in the river sand due to "some reason" on Wednesday afternoon. He was critically injured and succumbed while being taken to hospital, an official said.

Locals alleged that resort was set up illegally and is owned by a businessman, who is a "BJP leader".

"We have complained to the district administration several times. Recently, a team of the Forest Department inspected the resort to examine if it was being run as per the government guidelines, but still nothing happened," a local said on condition of anonymity.