Pakistan had halted the Samjhauta Express on Friday to protest the revoking of special status to Jammu and Kashmir. 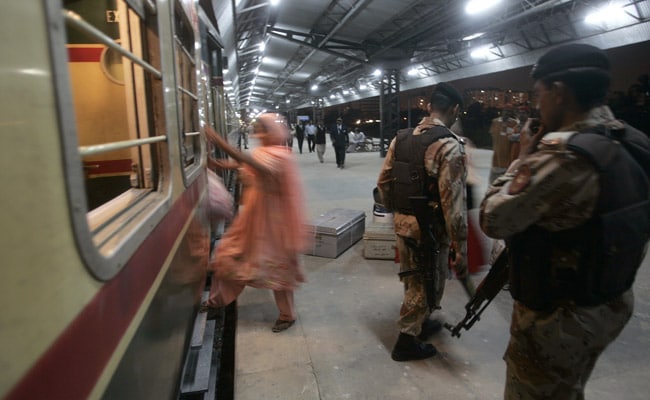 The Thar Express connects Pakistan's Khokrapar with Monabao in India.

The Pakistan government today said that it will suspend the Thar Express, its last remaining train link with India, over New Delhi revoking the special status provided to Jammu and Kashmir under Article 370 of the Constitution earlier this week. It had halted the Samjhauta Express, connecting national capital Delhi with the Pakistani city of Lahore, yesterday.

"We have decided to shut down the Thar Express as well," news agency Reuters quoted Pakistan Railways Minister Sheikh Rasheed as saying in reference to the weekly service running between the towns of Khokrapar in Pakistan and Monabao in India. "As long as I am the Railways Minister, no train will operate between Pakistan and India."

Besides suspending the Samjhauta Express, Pakistan had banned the screening of Bollywood films in its territory yesterday. This came a day after Islamabad announced a five-point plan that included downgrading ties with India and suspending bilateral ties in response to the centre's move to end special status for Jammu and Kashmir and split it into two union territories. The Indian envoy to Pakistan was also expelled, bringing relations between the two countries to a new low.

India appealed to Pakistan to review its decision to downgrade diplomatic and trade ties, claiming that the intention behind the neighbouring country's actions was "obviously to present an alarming picture to the world of our bilateral ties".

Islamabad has said it would appeal to the United Nation's Security Council against India's Kashmir decisions. Pakistan Prime Minister Imran Khan had recently thanked US President Donald Trump for offering to mediate on Kashmir, an idea that India rejected downright.

Meanwhile, the Samjhauta Express reached the Old Delhi Railway Station nearly five hours late today due to complications that arose after Pakistan suspended the service from its side. Commonly known as the "Friendship Express", the bi-weekly train service was launched in 1976 under the Simla Agreement signed between the two countries.

However, Prime Minister Narendra Modi said in his address to the nation yesterday that the move to scrap Jammu and Kashmir's special status was aimed at ushering "peace and prosperity" into the Valley. "Jammu and Kashmir didn't develop at the pace it rightly deserved, but its people will have a brighter future now. The parliament used to pass laws that benefit the people, but Jammu and Kashmir could not benefit from them because of Article 370," he said.

He also hinted that statehood could be restored for Jammu and Kashmir if the situation improves, although Ladakh would continue to be a union territory.