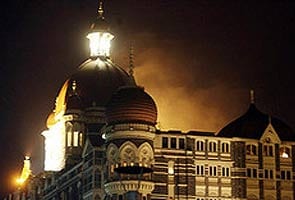 Islamabad: Days after terror suspect Zabiuddin Ansari's revelations about the Mumbai attacks being controlled and facilitated from Karachi, Pakistani authorities have claimed 40 Indian nationals were involved in the terrorist incident.

"Our information is that there were at least 40 Indian nationals who helped the attackers. We want India to come clean on this," an unnamed official of Pakistan's Foreign Office was quoted as saying by The Express Tribune.

Pakistan will "push" India to share details of the recent arrest of Ansari alias Abu Jundal when the Foreign Secretaries of the two countries meet in Delhi this week, the report said.

The two-day talks between the Foreign Secretaries, beginning on July 4, are expected to be dominated by Ansari's arrest and subsequent claims by Indian authorities, the report further said.

"India has yet not shared anything with us about this arrest," the official said.

Pakistan had been saying that the Mumbai attacks would not have been possible without help from Indian nationals, he claimed.

The official further claimed Indian authorities had "always been reluctant to give us the full picture" of the investigation into the Mumbai attacks.

"When a Pakistani judicial commission visited India to collect evidence, it was stopped from cross-examining the witnesses," he claimed.

Pakistan could take "decisive action" if it is provided details of the investigation, the official claimed.

"We cannot act on hearsay," he said.

Indian officials have maintained that an agreement finalised between Delhi and Islamabad before the commission's visit made it very clear that the panel would not be allowed to cross-examine witnesses.

Ansari, an Indian national, was arrested after being deported from Saudi Arabia.

Indian officials have said that Ansari was travelling on a Pakistani passport.

Ansari has confessed to investigators that he was in a control room in Karachi from where the 10 terrorists who carried out the Mumbai attacks were controlled, Home Minister P Chidambaram has said.

Promoted
Listen to the latest songs, only on JioSaavn.com
Pakistani authorities arrested seven suspects, including Lashkar-e-Taiba operations commander Zakiur Rehman Lakhvi, after the Mumbai attacks but their trial has stalled for over a year now.