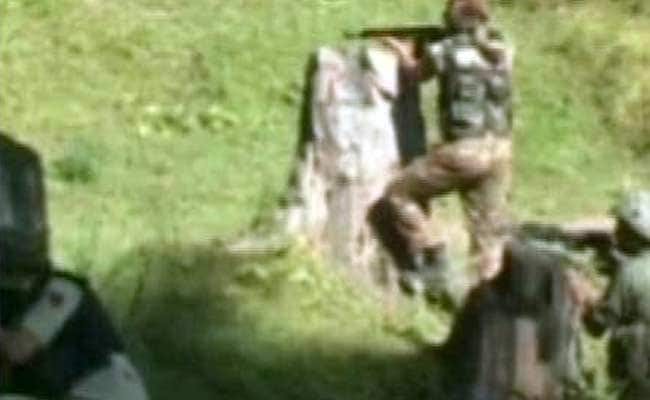 Pakistani terrorist was captured today after a 20-hour-long gun battle.

BARAMULLA: The Pakistani terrorist captured today after a 20-hour-long gun battle with security forces in North Kashmir, is a 22-year-old from Muzaffargarh, sources have said.

The terrorist is being interrogated in a first area right now; he has told interrogators that his name is Sajjad Ahmed.

He is part of a group of five terrorists who were intercepted yesterday close to the Line of Control in north Kashmir. Four of them were killed in the encounter in the higher reaches of Panzala in Baramulla district and Sajjad was captured.

Sources said the terrorists were intercepted on a tip-off from Mohammad Naveed, the Pakistani terrorist captured earlier this month after an attack on a Border Security Force convoy in Udhampur, Jammu.

Naveed was captured by a group of villagers who he had tried to take hostage after attacking the BSF convoy.

He had told interrogators that he was trained by the LAshkar e Taiba in Pakistan and then sent across the border to launch terror attacks on security forces in India.

The Jammu and Kashmir police have busted several groups of terrorists based on information from Naveed, who was in India for about two months before he was captured.