After the guests consumed food at the wedding, they discovered a lizard in a guest's plate which led to chaos among the guests. 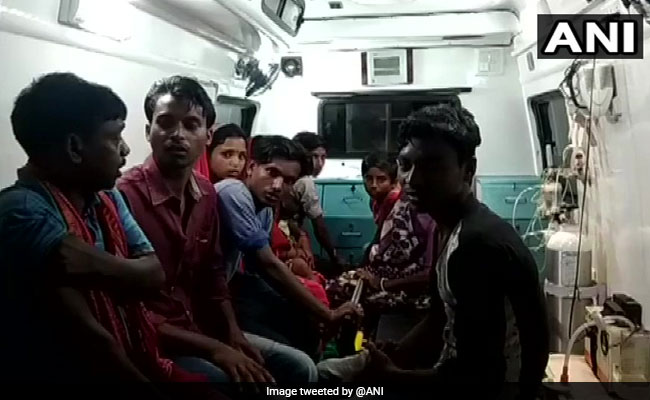 All the Jharkhand wedding guests are out of danger, a doctor said.

Over 70 people were admitted to a hospital after they consumed lizard-infected food at a wedding in Jharkhand's Dumka district.

"All the guests were immediately taken to Jagmundi hospital and were provided with first-aid. Later, they were taken to Sadar hospital for further treatment. At least six to seven teams of doctors were deployed to treat all the patients who confirmed that all the patients are out of danger," police officer YS Ramesh told ANI.

After the guests consumed food at the wedding, they discovered a lizard in a guest's plate which led to chaos among the guests. Soon after that, the guests started votmitting and fell ill, as told by a guest.

"Due to the psychological effect, all the guests started vomiting. All the patients are fine and have been provided with first-aid after proper body check-up," Sub-Divisional Officer Rakesh Kumar told ANI.

All the guests are out of danger as this was just a psychological effect, Dr Vinod Kumar Sinha said.