The tube was damaged after rocks fell into the tunnel complex through its service and air vents, a traffic department official said. 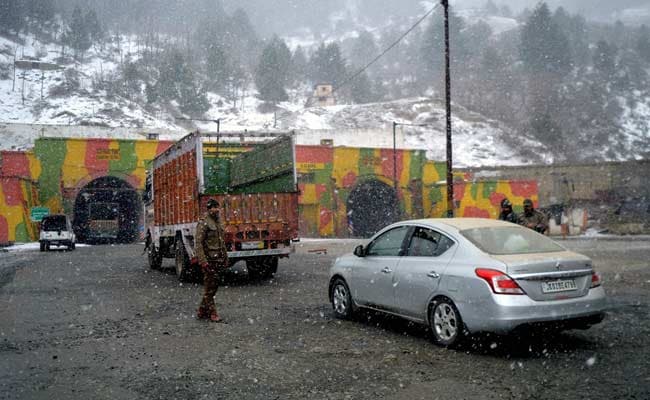 The tunnel was constructed in the 1950's for round-the-year surface transport. (File Photo)

One of the two tubes of the Jawahar Tunnel on the Jammu-Srinagar National Highway was closed today after it developed cracks, officials said.

The tube was damaged after rocks fell into the tunnel complex through its service and air vents, a traffic department official said. However, vehicles are being allowed to move through the tunnel's other tube, he said.

Departments concerned are carrying out repair works, but it will take time, the officials said.

The highway is the only all-weather road connecting Srinagar with Jammu and is called the gateway to the Valley.

"The repair work will take some time and, therefore, people have been requested to undertake their journey only after confirming the status of the road," he said.

Rocks fell into the tunnel damaging one of the tubes. The portion has developed cracks, a police official said.

He said that following the tube's closure, a number of vehicles got stranded between the Banihal and Qazigund sectors in Jammu and Kashmir.

The tunnel was constructed in the 1950's for round-the-year surface transport and has been operational since December 1956.

The tunnel was renovated by the Border Roads Organisation several times over the past decades to ensure it stays open.