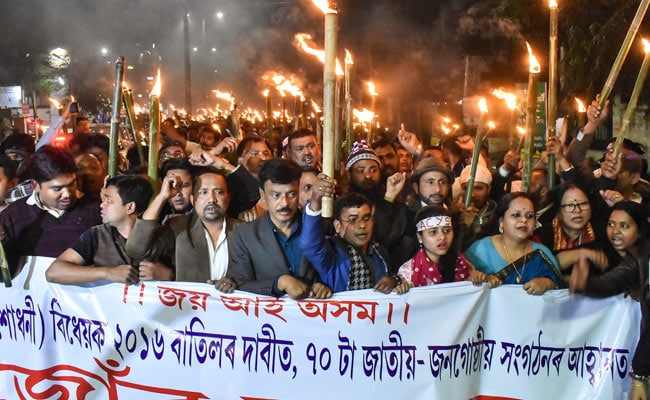 The entire northeast has been witnessing protests over the Citizenship Bill.

While general secretary of Meghalaya BJP Bashailang Khongwir said the party wishes to pass the Bill on humanitarian grounds, he also stated that the issue is sentimental to the people of the state and the region as a whole.

He added that the Bill for a multi-cultural country like India validates the phrase, "One man's food is another man's poison".

Last month, the BJP in Mizoram had requested the centre to not go ahead with the Bill after its passage in Lok Sabha on January 8.

"The impulse of the Bill is contrary to the people of northeast India. It is a sentimental issue in Northeast and misconception about the bill has reached such a point where no ground of justification can bring reconciliation over the Bill," the letter said.

Meanwhile, Home Minister Rajnath Singh has assured that he would discuss the Bill with other political parties and civil society groups in the northeast.

"Ready To Fight This": Punjab Chief Minister On Raids At Relative's House