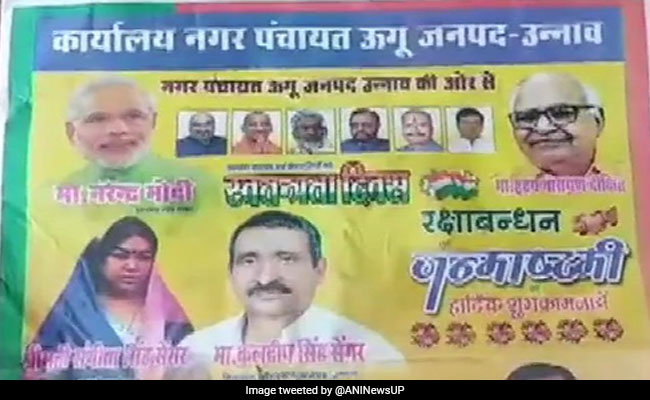 As Prime Minister Narendra Modi delivered his Independence Day speech on Thursday, a full page advertisement was published in the local edition of a vernacular daily in Uttar Pradesh's Unnao, where, two years ago, a teenage girl was allegedly raped by a former BJP leader. The poster, released to mark both Independence Day and Raksha Bandhan, featured the rape accused - Kuldeep Sengar - alongside PM Modi, Home Minister Amit Shah and Chief Minister Yogi Adityanath.

"He is MLA of our area. That is why his photo is there. Till the time he is our MLA his photo can be put," Anuj Kumar Dixit, Chairman of the Ungu Nagar Panchayat, who paid for the ad, was quoted by news agency ANI.

Anuj Kumar Dixit, who was reportedly inducted into the BJP by Kuldeep Sengar, denied his ad, which also featured Kuldeep Sengar's wife, Sangeeta Sengar, Chairwoman of the Zila Panchayat, had any links with political parties.

"It might have been someone's personal choice to give Sengar's photograph. It has nothing to do with the party or the state government. We have no sympathy for Sengar," he told news agency PTI.

Kuldeep Sengar had been expelled by the BJP earlier this month, amid criticism the party had only acted after concerted outrage against earlier inaction.

A Delhi court last week framed charges of rape against four-time MLA Kuldeep Sengar, who, with his brother Atul Sengar, was also named in a murder case involving the rape survivor's father.

Kuldeep Sengar has also been accused of orchestrating the horrific crash last month in which the car the rape survivor was travelling in was rammed by a truck with blackened number plates.

After the accident, which has left the survivor and her lawyer fighting for their lives in AIIMS in Delhi. a CBI team visited Kuldeep Sengar in prison and found the former BJP leader had received more than 10,000 visitors, including BJP parliamentarian Sakshi Maharaj.

In addition, three policemen, who were part of a security detail that was absent on the day of the crash, were suspended for allegedly keeping Kuldeep Sengar informed of the girl's movements. 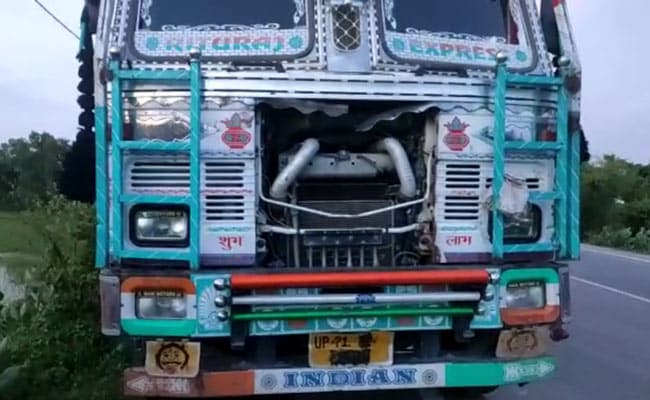 The crash occurred while the rape survivor, her family and her lawyer were travelling to Rae Bareli. Two of the teen girl's aunts, one of whom was a witness to the rape, died in the accident.

After the accident, in a series of orders that appeared to illustrate the Supreme Court's lack of faith in the Uttar Pradesh government's ability to ensure justice is upheld, the top court directed that all cases linked to the rape be transferred to Delhi. It also ordered compensation of Rs 25 lakh for the survivor.

The Unnao rape survivor has accused Kuldeep Sengar, 53, of raping her two years ago, when she went to his home in search of employment. The case made international headlines last year after the young girl tried to commit suicide outside Chief Minister Yogi Adityanath's home because Uttar Pradesh police had refused to register her complaint.