Om Birla was speaking at the inaugural function of the 10th Commonwealth Youth Parliament hosted at the Delhi Legislative Assembly. 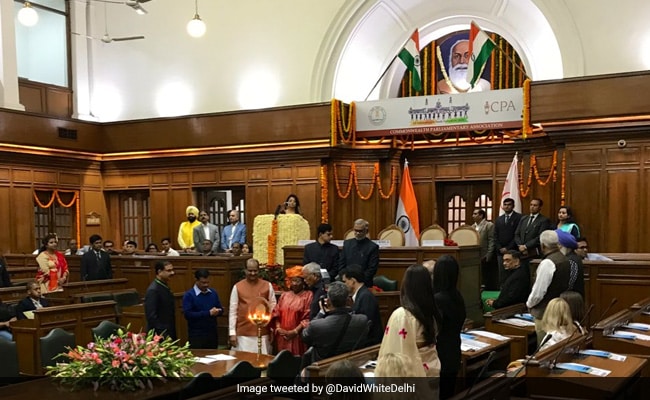 The success of parliamentary democracy rests on listening and respecting the views and opinions of the opposition, Lok Sabha Speaker Om Birla said today.

He was speaking at the inaugural function of the 10th Commonwealth Youth Parliament hosted at the Delhi Legislative Assembly.

"We are working towards strengthening the system of democracy and collective thinking and discussion," he said at the event.

Dialogue, debate and decision making based on these are the soul of parliamentary democracy, he said.

"The biggest thing is that all the stakeholders have a right to express their views and their viewpoints are also heard. Their viewpoint is also considered during the decision making process which is a key quality of our democracy," he said.

There is a right to have disagreement in a democracy, he stressed. "One should listen and respect opposition's views and the success of parliamentary democracy depends on this," he said.

Stressing on the involvement of youth in a democracy, he said when they get involved in the decision making processes, the needs of the youth and their futuristic approach get a new dimension in the public domain.

"This kind of activism towards positive change can act as a catalyst for the world community to act on problems with greater public attention," he said.

He said internet technology has brought both positive and negative changes but stressed on using it in a positive direction. He called for collective thinking to find solutions to issues, including climate change.

"In order to tackle issues, the world has to form a common agenda through dialogue, debate and discussion. This 3D is the soul of democracy," he said.