Now You Can Fly To Sikkim As Pakyong Airport Gets License

Low-cost airline SpiceJet has been granted permission to fly to Pakyong from Kolkata under the Civil Aviation Ministry's regional connectivity scheme. 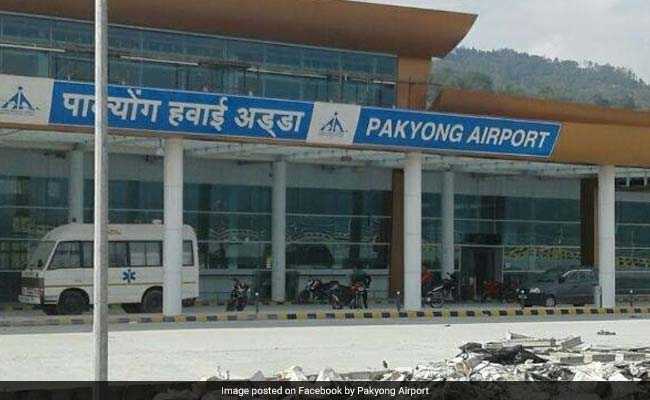 Pakyong airport, about 30 km from state capital Gangtok, will be 100th operational airport

New Delhi: The state of Sikkim, nestled in the Himalayas, is set to join the aviation network of the country, with the Pakyong airport obtaining license on Friday to start commercial operation.

Civil Aviation Minister Suresh Prabhu took to Twitter to announce the development, saying the license would pave the way for direct air connectivity to the state, giving boost to tourism and economic growth.

"The Pakyong (Gangtok) Airport at Sikkim got license today for scheduled operations. It's an engineering marvel at a height of more than 4,500 ft in a tough terrain. Will pave way for direct air connectivity to our lovely state of Sikkim, giving boost to tourism & economic growth," he tweeted.

Pakyong airport, about 30 km from the state capital of Gangtok, will be the 100th operational airport when it begins operation, Minister of State for Civil Aviation Jayant Sinha had said on Wednesday.

Low-cost airline SpiceJet has been granted permission to fly to Pakyong from Kolkata under the Civil Aviation Ministry's regional connectivity scheme.

Sikkim was the only state remaining without a functional airport. The airport was built at an estimated cost of Rs 350 crore and was hailed an engineering marvel given the inhospitable terrain and the geographical location of the state.
Comments
Pakyong AirportSikkim