"Not Afraid": Teacher Arrested Over Row With Uttarakhand Chief Minister

Since all her efforts to be heard failed, she decided to meet the Chief Minister during his "Janata Darbar" or public hearing. However, she wasn't expecting the kind of treatment she got 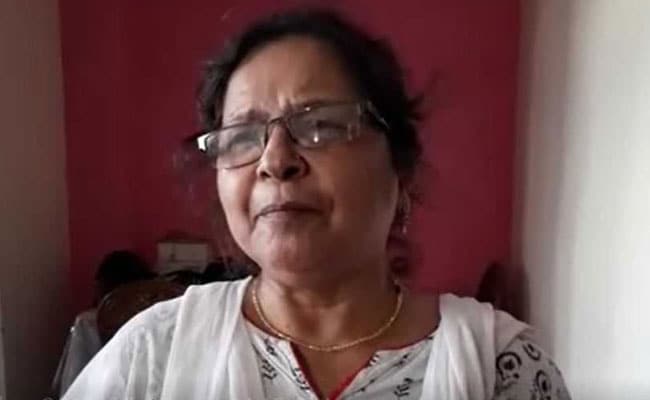 Uttara Bahuguna has been teaching at a school in Uttarkashi for the last 25 years.

The Uttarakhand schoolteacher, who met Chief Minister Trivendra Singh Rawat to request a transfer but sent to jail on his direction, has called it a fight "for her rights" that will continue. Uttara Bahuguna, the teacher who was arrested on charges of "disrupting an important gathering" and let off hours later on bail, expressed determination and said she won't bow down.

"I am not afraid, I haven't done anything wrong. I was just asking for my rights," Ms Bahuguna told news agency ANI.

Ms Bahuguna, 57, has been teaching at a school in Uttarkashi, about 144 km from state capital Dehradun, for the last 25 years. After her husband's death in 2015, she wanted to be transferred to Dehradun to be with her children.

"We live here all alone, there is not even a bird around us. How do they expect to live like this?" she said.

Since all her efforts to be heard failed, she decided to meet the Chief Minister during his "Janata Darbar" or public hearing in Dehradun. However, she wasn't expecting the kind of treatment she got.

Ms Bahuguna told the Chief Minister she had worked in a remote region for years and wanted a posting in Dehradun. It was followed by a loud exchange, which was caught on camera. In the video, the Chief Minister is seen losing his temper and directing officials to "suspend her immediately. Arrest her".

The teacher then screams at the Chief Minister and shouts "thief, cheats" as she is led out of the meeting.

"I feel helpless. Is this what I get for working honestly and diligently for years? So I called them thieves," she said.

Ms Bahuguna had first applied for transfer during Chief Minister Ramesh Pokhriyal regime. She claims that just like Mr Rawat, he didn't listen to her.

"I met Mr Rawat four months ago. Next day I received a call that my application has been forwarded to the Education Secretary. However, no action was taken after that," she said.

After the incident, Chief Minister Rawat said that the request for transfers must not be brought to a platform meant for hearing public grievances. "All transfers of government employees will be done under the state's Transfer Act," news agency PTI quoted him as saying.

Former Chief Minister Harish Rawat hit out at Mr Rawat and accused him of insensitivity. "Our system has become so insensitive that a widowed teacher remained posted in a remote area for 25 years and no one listened to her? I advise the Chief Minister to revoke her suspension," said the Congress leader.