No COVID-19 Deaths In Maharashtra Due To Oxygen Shortage, Says Health Minister

Rajesh Tope said the state was administering around 3.5 lakh COVID-19 vaccine doses per day, while it had the capacity to inoculate 10 lakh people per day. 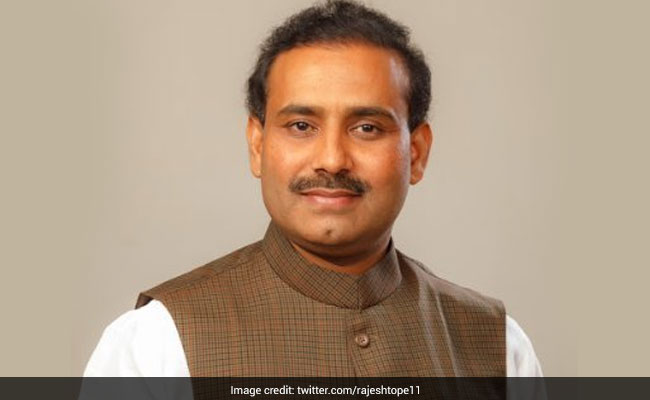 "There are no deaths in the state due to shortage of medical oxygen," Rajesh Tope said.

Maharashtra faced a shortage of medical oxygen but it did not report any COVID-19 death due to it, state health minister Rajesh Tope said on Friday.

He was speaking to reporters at the inauguration of a hostel of the National Cold Chain Research Centre.

"There are no deaths in the state due to shortage of medical oxygen. Such deaths may have occurred in other states," he said.

The Union government had, on Tuesday, told Parliament that no state or Union territory had reported any death due to oxygen shortage during the second wave of the COVID-19 pandemic, a statement that had come in for heavy criticism from the opposition as well as health activists.

Mr Tope, speaking at the NCCRC hostel inauguration function, said the state was administering around 3.5 lakh COVID-19 vaccine doses per day, while it had the capacity to inoculate 10 lakh people per day.

"I will be meeting Union Health Minister Mansukh Mandaviya to demand more vaccine doses for Maharashtra and have asked (BJP leader and former chief minister) Devendra Fadnavis to come along," the minister said.

Speaking on reopening of schools, he said the state government will follow Indian Council of Medical Research directives which lay down that educational institutions can resume once teaching and non-teaching staff at a facility are vaccinated.