No Bengal District Included In Migrants Job Scheme As State Did Not Share Data: Nirmala Sitharaman 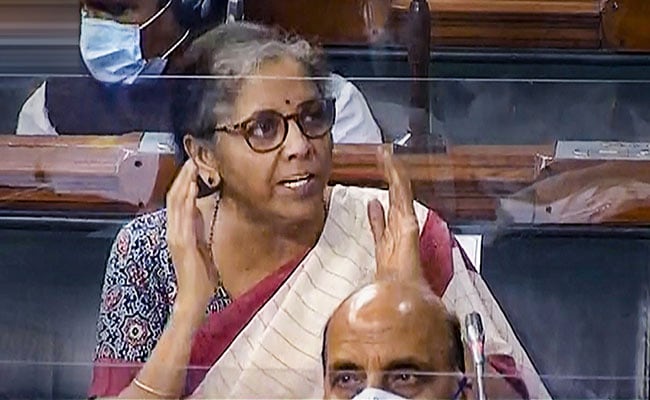 Union Finance Minister Nirmala Sitharaman on Saturday said that West Bengal government did not share data of returning migrant labourers with the Centre and no district of the state could be included as a beneficiary under the Pradhan Mantri Garib Kalyan Rozgar Abhiyan (PMGKRA).

She was answering a query by Congress leader Adhir Ranjan Chowdhury in Lok Sabha.

"Prime Minister Narendra Modi initiated PMGKRA for migrant labourers who came back to their villages during the coronavirus-induced lockdown. This scheme was introduced on June 20 this year and will be effective for 125 days," she said.

"The selection of the districts was made on the basis of the return of at least 25,000 migrant labourers to the concerned districts by May 30," she said.

"After the launch of PMGKRA, there were demands from Tripura and Chhattisgarh to include more districts but it was not entertained. In the case of West Bengal, there was no data shared by the state government then how could the districts of the state be included in the scheme. The state government also denied entry to the migrant labourers in West Bengal in certain cases," she added.

The scheme was launched to provide employment opportunities in rural areas for migrant workers.