"We have appealed the NHRC to stay the March 20 death warrant, which is a miscarriage of justice," Advocate AP Singh, the lawyer of the Nirbhaya gang-rape and murder convicts said. 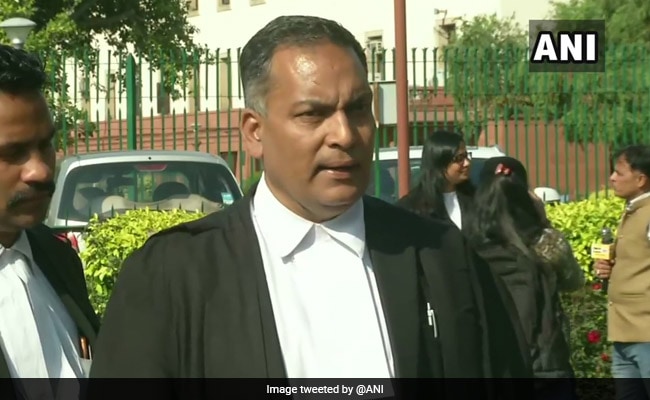 This comes as the four convicts are scheduled to be hanged at 5:30 am on March 20. (Representational)

Advocate AP Singh, the lawyer of the Nirbhaya gang-rape and murder convicts, on Tuesday said that he has approached the National Human Rights Commission (NHRC) seeking a stay on the execution of the four death row convicts.

"We have appealed the NHRC to stay the March 20 death warrant, which is a miscarriage of justice. The basis for the appeal is that Ram Singh, who was believed to have committed suicide in Tihar Jail, has a 70-year-old mother and a 10-year-old son," Mr Singh told reporters.

He alleged that Ram Singh was killed in the prison and added that Mukesh Singh, his brother, is the only witness of the incident and therefore should not be executed.

"At that time, it was suspected that Ram Singh had committed suicide. Now that the book ''Black Warrant'' has come out, it is clear that Ram Singh was lynched and jail officials were involved in it," Mr Singh said.

"The probe into the alleged suicide was biased. Yet compensation has not been given to the family of the deceased. Mukesh is the only witness to the incident. If he is executed in a hurry, it will be a miscarriage of justice and a violation of the human rights," he added.

Mr Singh urged the human rights commission to stay the execution, seek records in the matter and give compensation to the family of Ram Singh.

Earlier today, convict Mukesh Singh approached a Delhi court seeking quashing of the death penalty claiming that he was not in Delhi when the crime was committed. The court has reserved its order.

This comes as the four convicts -- Mukesh Singh, Akshay Singh Thakur, Pawan Gupta, and Vinay Sharma -- are scheduled to be hanged at 5:30 am on March 20.

The case pertains to the brutal gang-rape and killing of a 23-year-old paramedical student in a moving bus on the night of December 16, 2012, by six people including a juvenile in the national capital. The woman had died at a Singapore hospital a few days later.