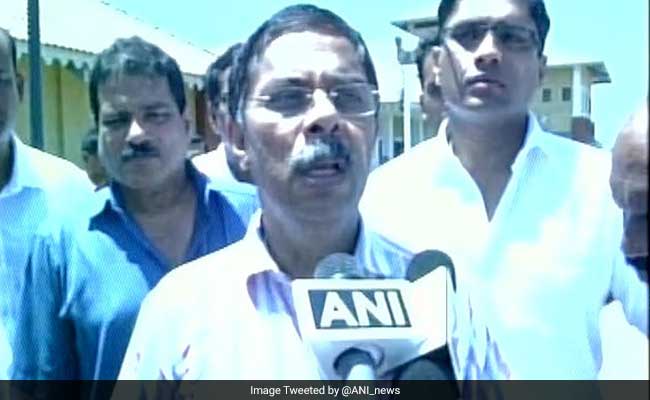 Goa Tourism Minister Dilip Parulekar was speaking to reporters on the sidelines of a function.

Panaji: In the middle of the Centre's outreach to assure Africans after recent attacks, Goa Tourism Minister Dilip Parulekar has struck a contrasting note.

The minister said yesterday that Nigerian nationals try to stay in India by filing cases and the country needs a strict law to deport them.

"The problems of Nigerians are not only in Goa, they are across the country. Nigerian students come to study here, file FIRs and build a court case and try to stay in India. They get involved in unwanted things like drugs," Mr Parulekar told reporters.

"We should have a strict law where we can deport them. But unfortunately there is no such law in India at the moment," he added.

The minister was speaking to reporters after a 39-year-old woman was allegedly raped at knifepoint on Sunday by a Nigerian national.

The minister's comments come at a time his party's government at the Centre has launched damage control after attacks on Africans, including the lynching of a Congo man on May 20. Six African students have alleged that they were attacked in Delhi last week and a Nigerian student was also allegedly assaulted over a parking dispute in Hyderabad.

African envoys said in a strong letter last week that India must solve the problem of "racism and Afro-phobia" and several attacks have gone unresolved "without diligent prosecution".

The Centre assured the envoys that it would ensure the protection and security of Africans in India.