Former PM Manmohan Singh had written a letter earlier this week to Prime Minister Modi urging him not to "change the nature and character" of the Nehru Memorial Museum and Library (NMML) in New Delhi and let it remain "undisturbed as it is". 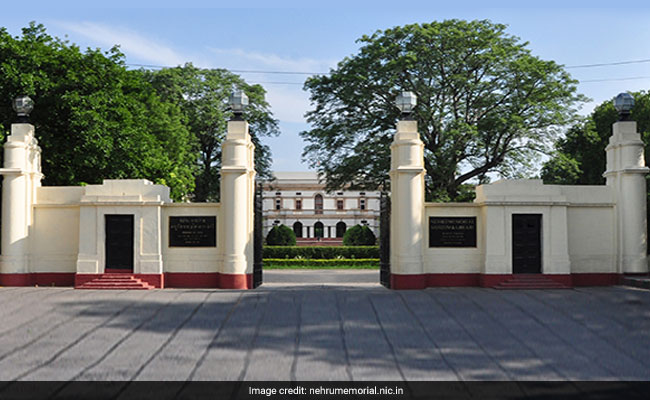 There is a controversy over proposed museum for Prime Ministers at Nehru memorial.

Defending the government's decision to build a museum for former prime ministers at Teen Murti, NMML Director Shakti Sinha today questioned the Congress's motive behind the objection to it, saying the party did not raise concern when parts of the estate was given away for public use unrelated to Jawaharlal Nehru.

Former Prime Minister Manmohan Singh had written a letter earlier this week to Prime Minister Narendra Modi urging him not to "change the nature and character" of the Nehru Memorial Museum and Library (NMML) in New Delhi and let it remain "undisturbed as it is".

The institution's director said that the proposed museum will in no way undermine the legacy of Jawaharlal Nehru, the first prime minister.

"The Teen Murti estate has shrunk in size, a planetarium unrelated to NMML (has been set up), some land was also given to Delhi Police. If none of this negatively affected Nehru's legacy, how can a celebration of India's democracy, in the establishment of which Nehru had an important role, be so negatively seen.

"In fact after the museum comes up we will have a lot more information on Nehru than we have now. I don't understand why this should make people uncomfortable?" he told PTI.

Manmohan Singh in his letter to PM Modi said during former prime minister Atal Bihari Vajpayee's tenure there was no attempt to change the nature and character of the NMML.

Atal Bihari Vajpayee had described Nehru in Parliament as a "vibrant personality" and said "such a resident may never grace Teen Murti again", the senior Congress leader said.

"Let us respect this sentiment and keep Teen Murti as a memorial to our first prime minister Pandit Nehru and leave the Teen Murti complex undisturbed as it is. This way we will be respecting both history and heritage," Mr Singh said in the letter.

Mr Sinha, however, said that the Nehru memorabilia consisted of just about 30 per cent of the museum's collections while the library had documents and paraphernalia, about two per cent of which were related to Nehru.

"Further many photos have faded and no negatives are available. NMML has started upgrading Nehru galleries, increasing coverage about four times. The coverage would be chronological and thematic, using latest technologies to make it interactive. This is the first upgradation in fifty years. But instead of being appreciated, we are accused of running down Nehru's legacy, which is completely divorced from facts," he said.

Mr Sinha added that in the past 70 years, Congress prime ministers have governed for over 50 years, so that too will be reflected.

In the 43rd annual general meeting of NMML last month, six members of the NMML Society opposed a proposal for a museum for Prime Ministers in the existing campus. However, the idea was cleared by the Home Minister, who had presided over the meeting.

Fifteen members had supported the contentious proposal, which also stated that the project should focus on facilitating scholarly research and not go against the mandate of NMML.

The Nehru Memorial Museum and Library (NMML) was established in the memory of India's first prime minister and the museum at the Teen Murti House has preserved some rooms as they were at the time of Nehru's death.