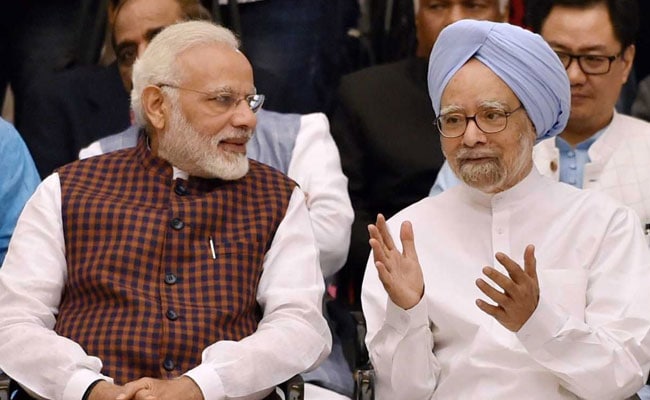 Former prime minister Manmohan Singh, in a strongly-worded letter, has urged Prime Minister Narendra Modi to leave the Jawaharlal Nehru memorial complex in Delhi "undisturbed" out of respect for history and heritage. "Jawaharlal Nehru belongs not just to the Congress but to the entire nation," Dr Singh says in the letter sent on Friday.

The two-time prime minister's letter is spurred by a controversy over the government's plans for a museum for all prime ministers in the Teen Murti complex, which houses the Nehru Memorial Museum and Library (NMML).

Invoking Atal Behari Vajpayee, who died on August 16, Dr Singh wrote that during the BJP stalwart's tenure as prime minister, "there was absolutely no attempt made to change the nature and character of NMML and Teen Murti complex in any way. But sadly, that seems to be part of the agenda of the government now." 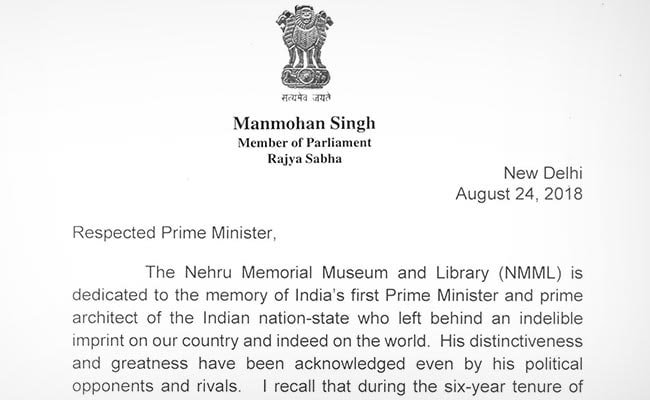 Dr Singh said NMML is "dedicated to the memory of India's first Prime Minister and the prime architect of the Indian nation-state, who left behind an indelible imprint on our country and indeed on the world." His distinctiveness and greatness have been acknowledged even by his opponents and rivals, he wrote.

The government is believed to have started work on its Rs 270-crore project.

Dr Singh quoted Vajpayee's speech in Parliament when Nehru died. "As Atal Bihari Vajpayeeji himself said in his moving speech to Parliament when Panditji passed away: 'Such a resident may never grace Teen Murti again. That vibrant personality, that attitude of taking even the opposition along, that refined gentlemanliness, that greatness we may not again see in the near future. In spite of a difference of opinion we have nothing but respect for his great ideals, his integrity, his love for the country and his indomitable courage'."

The museum, said Dr Singh, must retain its primary focus on Nehru and the freedom struggle because of his "unique role having spent almost ten years in jail between the early 1920s and mid-1940s. "No amount of revisionism can obliterate that role and his contributions," he wrote.

Responding to the letter sent by Dr Singh, Shakti Sinha, the director of NMML said, "it is not clear how exhibiting photos, speeches of other Prime Ministers would harm Nehru's legacy."

"What NMML has decided to do is to increase its ambit and make it a centre for information and research on Prime Ministers. NMML is a national institute focusing on contemporary India. NMML is already much more than Nehru," said Mr Sinha, who took over as the director of NMML after Professor Mahesh Rangarajan resigned in 2016. Mr Sinha, had been the private secretary of former PM Vajpayee and was also part of the Prime Minister's Officer during his tenure.