Read inOther Languages
This Article is From Dec 25, 2019

The district -- the tea capital of Assam - has been the epicenter of the anti-citizenship act protest since the controversial law was passed by the Lok Sabha on December 9. 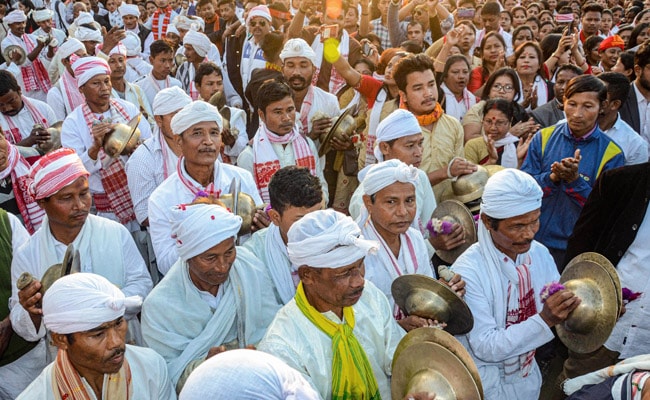 The rally took place just hours after the curfew imposed in Dibrugarh and Tinsukia was lifted.

Nearly one lakh people took to the streets in Assam on Tuesday, the All Assam Students' Union has claimed; in what has been the biggest ever rally against the citizenship law. The protests, which were largely peaceful, took place in Dibrugarh, the home district of Chief Minister Sarbananda Sonowal.

"All common people united (in) raising their voice that we will not accept any further load of illegal foreigners in the name of Hindu and Muslim. It is the largest rally in entire Assam" said Lurinjyoti Gogoi, the general secretary of the students' body.

The district -- the tea capital of Assam - has been the epicenter of the anti-citizenship act protest since the controversial law was passed by the Lok Sabha on December 9. Tuesday's protests were organized by the All Assam Students Union or the AASU which has been at the forefront of the agitation across the state.

The rally took place just hours after the curfew imposed in Dibrugarh and Tinsukia was lifted and restriction imposed on shops and other establishments relaxed.

Similar mega rallies were also held in other districts of Assam including Tezpur, Dergaon and Golaghat. These protests come despite the state government announcing a range of schemes aimed at fulfilling the demands of the different ethnic groups in Assam.
Those who attended the AASU rally in Dibrugarh echoed the sentiment, saying that the schemes announced by the Assam government were long-standing demands and non-negotiable with the opposition to Citizenship Act.

Thousands of people across the country have been protesting against the Citizenship (Amendment) Act, which for the first time makes religion the test of citizenship in India. The government says it will help minorities from three Muslim-dominated countries to get citizenship if they fled to India because of religious persecution.