The state-of-the-art features of the Kalvari-class submarine include superior stealth and the ability to launch a crippling attack on the enemy using a precision-guided weapon. 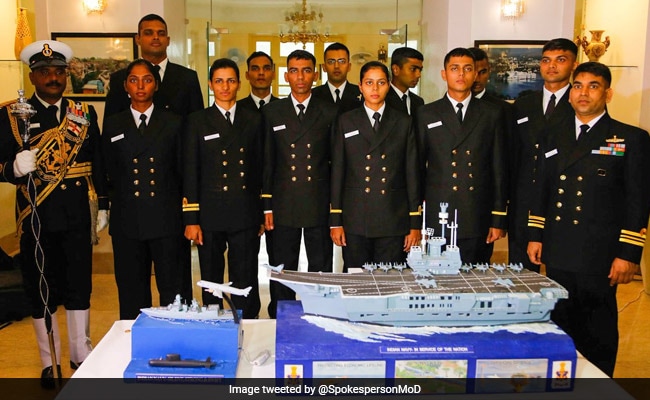 A model of the tableau was unveiled at the Kota House in New Delhi on Wednesday.

A model of the tableau was unveiled at the Kota House in New Delhi on Wednesday.

The theme of the tableau is ''Indian Navy - Silent, Strong, and Swift'', a senior Navy official said, adding its front portion will showcase the might and firepower of the force in all three dimensions -- surface, sub-surface and air.

"This is portrayed through models of state-of-the-art assets like Boeing P8I long-range maritime patrol aircraft with Harpoon missiles, a Kolkata-class stealth destroyer displaying a BrahMos launch and a Kalvari-class submarine launching an Exocet missile," the official said.

The state-of-the-art features of the Kalvari-class submarine include superior stealth and the ability to launch a crippling attack on the enemy using a precision-guided weapon.

The submarine is designed to operate in all theatres, including the tropics. All means and communications are provided to ensure interoperability with other components of a naval task force.

The tableau will portray the indigenous aircraft carrier Vikrant, which is being manufactured at Cochin Shipyard Limited in Kochi, along with its complement of MiG-29K fighter aircraft.

"This not only depicts the strength of the Indian Navy but is representative of the Navy's total commitment to the ''Make in India'' initiative of the government," the official said. 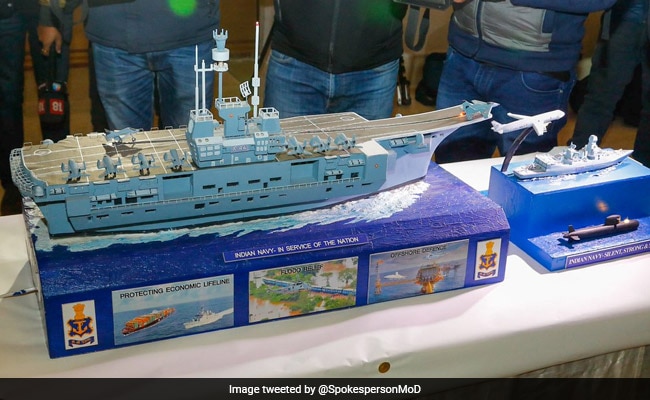 The theme of the tableau is ''Indian Navy - Silent, Strong, and Swift'', a senior Navy official said.

Overall, the tableau aims to showcase the Navy as a "credible and combat-ready military force", which in service of the nation, protects its economic assets and provides succour to its populace in times of crisis and natural calamities, he said.

"The benign role of the Navy in terms of safeguarding offshore economic assets as well as rendering humanitarian assistance and disaster relief (HADR) will be portrayed through murals on the sides of the tableau," the official added.

Flood relief operation ''Op Varsha Rahat'' undertaken in Maharashtra in July 2019, in partnership with NDRF and other agencies to rescue passengers stranded in Mahalaxmi Express during the floods, escort operations undertaken in Persian Gulf (Op Sankalp) and defence of the oil platforms by Fast Attack Craft and employment of MARCOS will be depicted on the sides.

Navy officers who would be leading the marching contingent of 144 young sailors and the tableaux during the parade and the drum major leading the Naval Band were also introduced during a press interaction at the Kota House.

"I have participated multiple times as band-member, and the 2020 parade would be my 16th time. Our band will play the tune of Navy song ''Jai Bharti''," he said.

Sub Lt M Spandana Reddy, 24, who hails from Hyderabad, exuded pride as being part of the navy contingent for the parade on January 26. "It is sheer pride for us. As a navy officer, and as an Indian, the opportunity to walk down the Rajpath during the ceremonial parade fills us with an extraordinary high," Reddy told PTI.

Two other woman officers -- Lt Sunaina and Sub Lt Latha Sree also expressed joy and pride for having been selected to represent the Navy in the parade.