"People Can Forget Modi If They Want, But...": PM At War Memorial Launch

The National War Memorial is the first to commemorate the sacrifice of fallen soldiers built after independence. 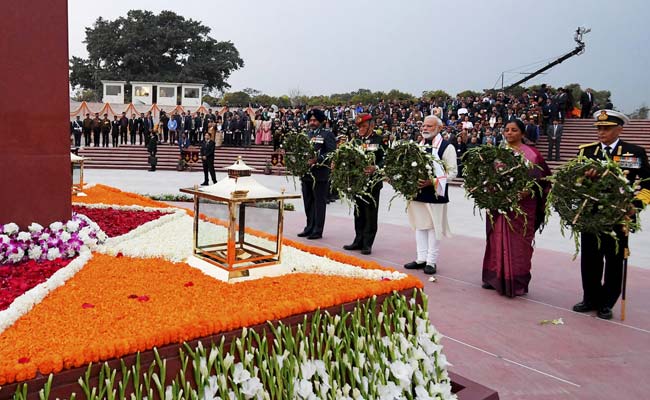 National War Memorial: PM dedicated the memorial to the country on Monday.

Prime Minister Narendra Modi on Monday inaugurated the National War Memorial next to the iconic India Gate complex in New Delhi, saying it would stand as a testament to the sacrifice and valour of Indian armed forces for times to come. "People can forget Modi if they want, but the sacrifice of crores of people of this country should be remembered forever," he said.

Spread over an area of approximately 40 acres, the memorial has four concentric circles - the ''Amar Chakra'', ''Veerta Chakra'', ''Tyag Chakra'' and the ''Rakshak Chakra'' with names of 25,942 soldiers inscribed in golden letters on granite tablets. 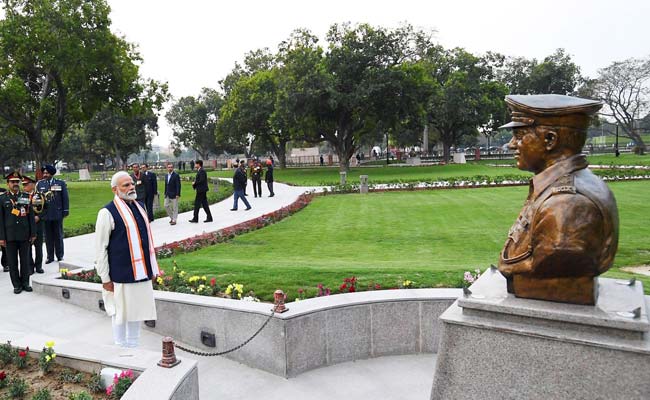 It also includes a central 15.5 m obelisk, an eternal flame and six bronze murals depicting famous battles fought by the Indian Army, Air Force and the Navy in a covered gallery in the Veerta Chakra.

The prime minister dedicated to the nation the memorial, built at a cost of Rs 176 crore, by lighting the flame positioned at the bottom of the stone-made obelisk.

Rose petals were showered by Air Force helicopters and a fly-past in ''Missing Man'' formation was also part of the event. 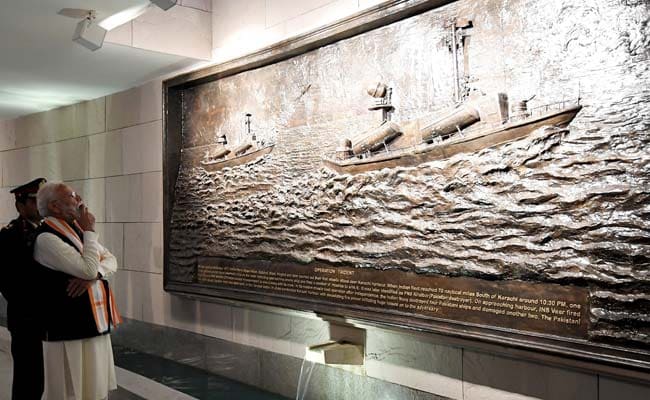 PM Modi during the dedication ceremony of the National War Memorial in Delhi.

The National War Memorial, the first to commemorate the sacrifice of fallen soldiers built after independence, pays tribute to soldiers who laid down their lives defending the nation during the India-China War in 1962, Indo-Pak Wars in 1947, 1965 and 1971, Indian Peace Keeping Force Operations in Sri Lanka and in the Kargil conflict of 1999.

The main memorial complex, a Param Yoddha Sthal has also been built on the northern side of the India Gate's C-Hexagon area. The park is dotted with bronze busts of the 21 awardees, 15 posthumously of the Param Veer Chakra, country''s highest wartime gallantry medal, a senior defence official said. 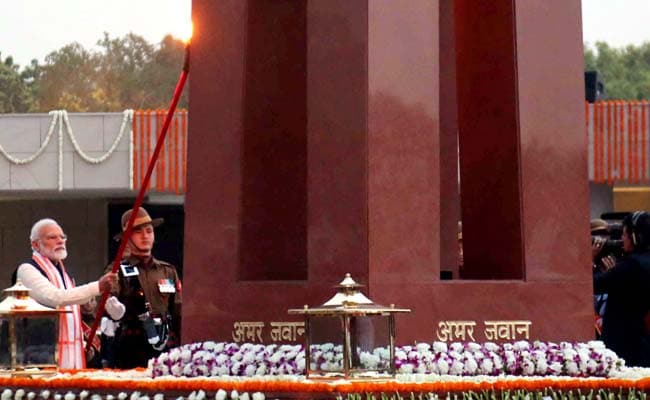 A stone mural depicting a joint operation by the three armed forces, also has been made in front of the Param Yodha Sthal.

The project cleared on December 18, 2015 and construction started in February last year.

After a tour of the National War Memorial, the prime minister wrote a message in Hindi in the visitor's book. "It is a symbol of our soldier's bravery, sacrifice and courage...This memorial will encourage us to live every moment and do something for the nation. My salute to this pilgrimage site of bravery and martyrdom," he wrote.