PM Modi walked to take his oath to chants of "Modi, Modi" rising from the audience.

Narendra Modi was sworn in as Prime Minister for the second time after his spectacular victory.

Prime Minister Narendra Modi took oath for the second time on Thursday after a spectacular victory in the national election a week ago. Over 50 ministers joined him in the swearing-in held at the Rashtrapati Bhavan in the presence of 8,000 guests including world leaders, dignitaries, politicians, celebrities and industrialists.

PM Modi, 68, walked to the podium for his oath to chants of "Modi, Modi" from the audience. The two other leaders who were cheered loudly by the crowd were Amit Shah and Smriti Irani.

Amit Shah, who is credited with leading the BJP to magnificent victories in election after election, is the most prominent newcomer in PM Modi's second government. The 54-year-old is likely to handle one of the top four ministries in the cabinet. Amit Shah has been PM Modi's confidant for over two decades.

Smriti Irani, who defeated Congress president Rahul Gandhi in his family constituency of Amethi, is expected to be rewarded with a big ministry.

Congratulating those who took oath on Thursday, PM Modi said "together, we will work for India's progress".

"This team is a blend of youthful energy and administrative experience. It has people who have excelled as Parliamentarians and those who have had distinguished professional careers," PM Modi tweeted. 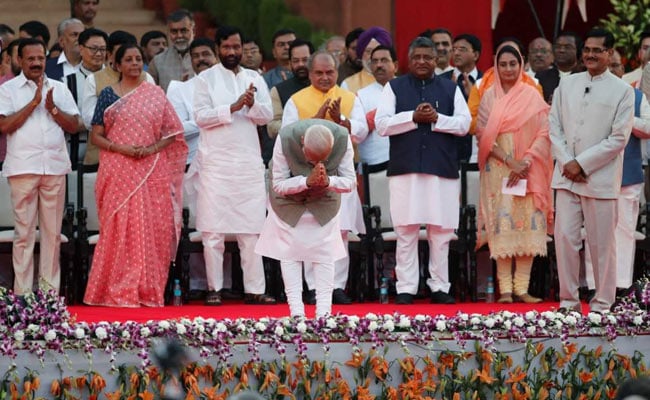 Along with PM Modi, 57 ministers took oath for his second term in office on Thursday. (Reuters)

Arun Jaitley, who was Finance Minister in the previous government, had on Wednesday written to PM Modi that he wanted to opt out because of his poor health. Sushma Swaraj too, had cited her health for not contesting elections this time.

Top opposition leaders including former prime minister Manmohan Singh, Congress President Rahul Gandhi and his mother Sonia Gandhi, industrialists, film stars and a galaxy of leaders from BIMSTEC countries were in the audience. 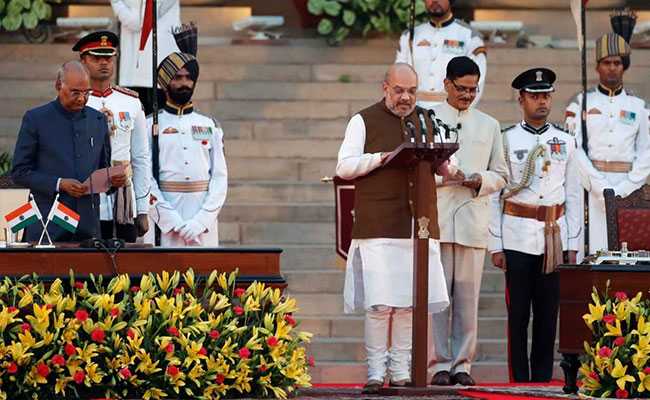 Just before the ceremony, one of the party's key allies, Nitish Kumar, said his party would not be a part of the government because the BJP's offer of one cabinet berth was not acceptable. Mr Kumar, the Chief Minister of Bihar, had reportedly asked for two ministries.

The BJP's south ally AIADMK has also opted out, apparently because of disagreements over who would be included in the government. 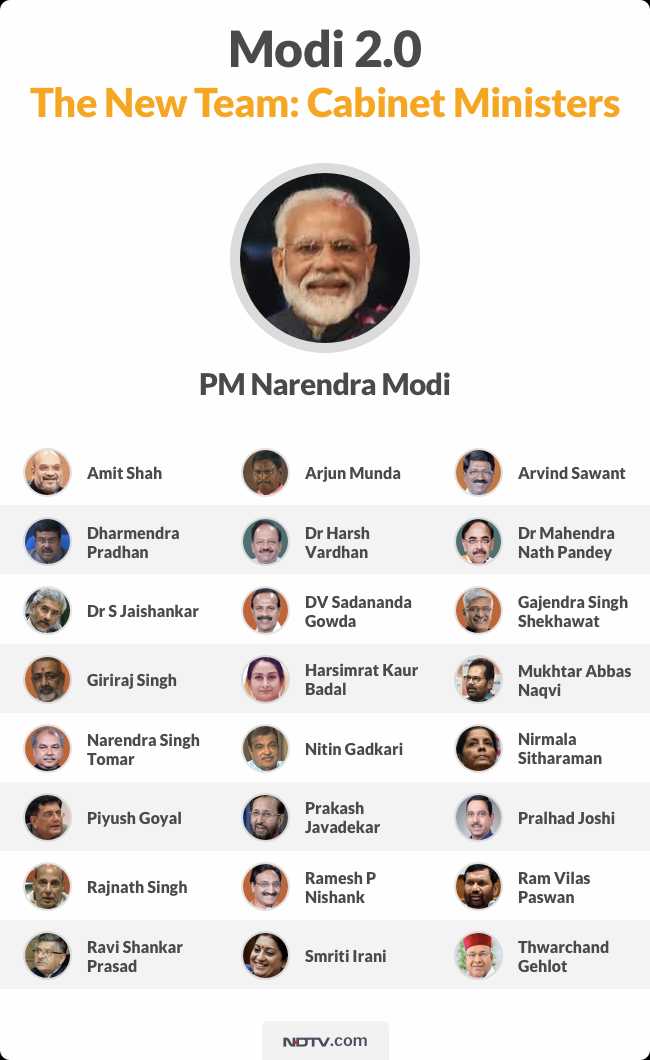