Claiming that his government was putting in place a new evaluation system for ranking the performance of officers, Chandrababu Naidu said the central government has made it "so worst." 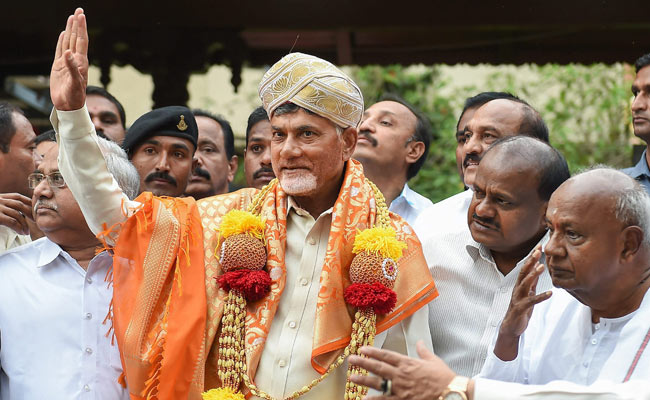 The all-India bureaucracy has also become "substandard" because these "inefficient" bureaucrats from Gujarat have been appointed to crucial posts at the centre, Mr Naidu said addressing a day-long conference of district collectors in Andhra Pradesh capital Amaravati.

"Gujarat is a small state. Delhi is a big place. It has to deal with 29 states. If all the people (officers) are brought from a small place, you will have all inefficient people," the Andhra Pradesh chief minister said.

Mr Naidu claimed a majority of Gujarat officers were in crucial positions at the centre and they were "substandard". Because "these people are substandard, all India level bureaucracy has also become substandard", the chief minister said.

The issue came up during a presentation on performance ranking of government officers.

Claiming that his government was putting in place a new evaluation system for ranking the performance of officers, Mr Naidu said the central government has made it "so worst."

"There is a committee of five retired officers, which calls up five officers (known to them) and ask five questions. Based on this (serving) officers are ranked. What is this system? Is it right?" the Telugu Desam Party (TDP) chief asked.

Noting that the all India bureaucracy system was "very strong", he said previously, the best people from the states were chosen and positioned in right places (at the centre).

"But that system has now been destroyed," Naidu said.

He also found fault with the 'lateral entry system' introduced by the government of India.

"It is wrong. Appointments do not happen as per merit. Rather, (the central government) secretaries are appointed according to their will, without even considering whether they can perform or not," Mr Naidu added.

He warned that anything done without a scientific basis would lead to collapse of systems.

"We may have temporary satisfaction but after that we will have problem," Mr Naidu said.