In images from last week, 24-year-old Jakob Lindenthal was seen at several protests. In one, he was seen holding a placard that read: "Uniformed Criminals = Criminals" 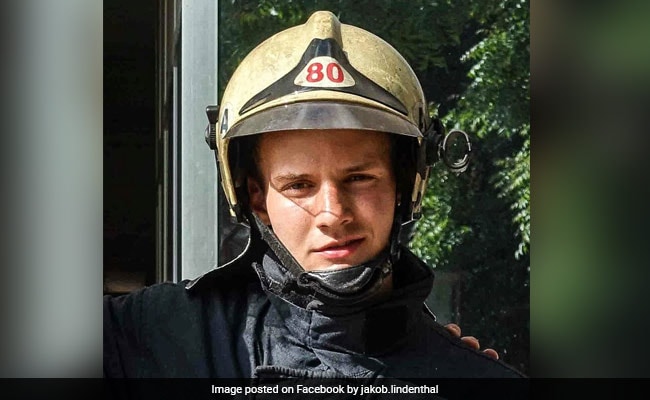 Jakob Lindenthal, the German student studying at IIT-Madras when he was sent back for participating in anti-citizenship law protests on campus, landed in Amsterdam on Wednesday.

In a message posted on his Facebook account, Mr Lindenthal said "these events (referring to nationwide protests against the CAA and NRC) show that political freedom and rule of law need support of millions of open eyes and loud voices".

He also thanked his supporters and well-wishers for "all for the huge solidarity... legal advice and shelter" and said he would take some time to return home - to Germany - and spend time to "find out where the road leads".

A post-graduate student of physics, Jakob Lindenthal  left India on Monday. He had earlier been quoted as telling the Indian Express that he had received oral directions to leave India from the Foreigners Regional Registration Office in Chennai.

"This morning I landed in Amsterdam safely and will return to my family in Nuremberg soon. Thank you all for the huge solidarity that you showed! Thank you for your messages, the legal advice and the shelter I was given when my flight out of India was delayed by one day. I will take some days to arrive at home and find out where the road leads," Mr Lindenthal's post read.

In images from last week, the 24-year-old was spotted at several protests. In one, he was seen holding a placard that read: "Uniformed Criminals = Criminals". Another said: "1933-1945... We have been there".

He was reportedly told by officials that his participation in the protests was a violation of visa terms and he had to leave India immediately. 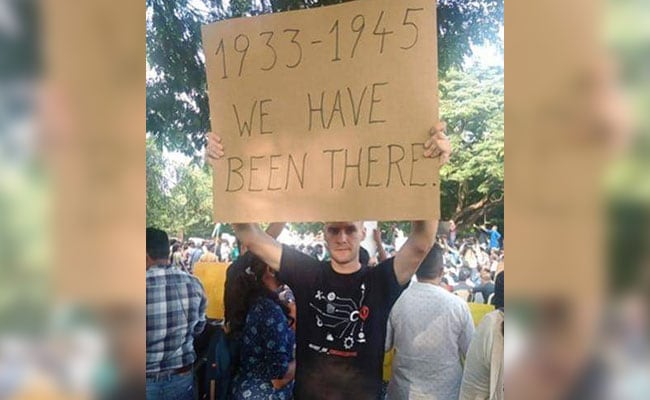 "These events are not so much about me but show that political freedom and the rule of law need the support of millions of open eyes and loud voices. My deep respect goes to all of you who carry the protests against CAA and NRC across India and across the world!" he wrote.

"I also want to bow down in front of those who cannot show their concern about ongoing political developments openly because their existences would be threatened but who still find their ways to support those who are showing their faces," Jakob Lindenthal added.

Yesterday senior Congress leader P Chidambaram said the incident involving Mr Lindenthal and his being forced to leave India was a reminder of a dark chapter in world history.

Massive protests against the CAA or Citizenship (Amendment) Act, the first-ever law to make religion a criteria for citizenship, have swept India. The government says the law will help non-Muslims from three Muslim-dominated countries become Indian citizens if they fled religious persecution and entered India before 2015. Activists, students, opposition parties and other protesters say the law discriminates against Muslims and is against the secular tenets of the constitution.

The protests intensified and spread to campuses across India after Delhi Police stormed Jamia Milia in Delhi and Aligarh Muslim University in Uttar Pradesh and assaulted students.

Mr Lindenthal ended his Facebook post on a hopeful note saying that he hoped the anti-CAA protests "will bring together people who want a change for... freedom of expression and civil rights".