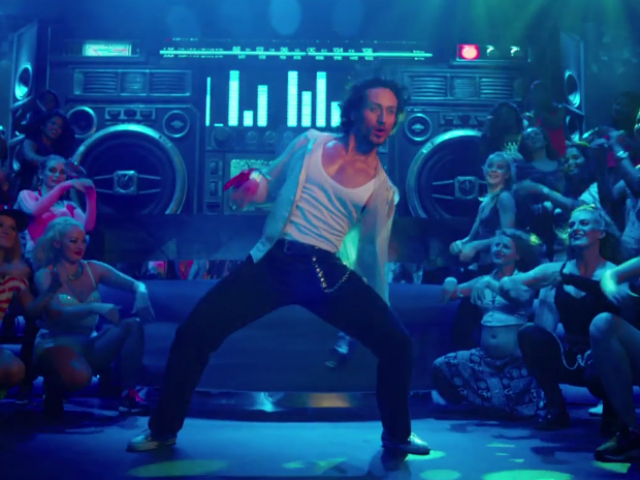 Munna Michael: A still from the song Main Hoon

New Delhi: The first song of Tiger Shroff's upcoming movie Munna Michael was unveiled by the makers of the film on Friday. The song, titled Main Hoon shows the 27-year-old actor's terrific dance moves. The two-and-a-half minute song is extremely catchy and will make you want to put on your dancing shoes. Main Hoon has been sung by Siddharth Mahadevan. The lyrics of the song have been written by Kumaar and the music has been composed by Tanishk Baagchi. Munna Michael has been directed by Sabbir Khan. The film also features Nidhhi Agerwal and Nawazuddin Siddiqui in lead roles. Watch the first song of Munna Michael, Main Hoon here:

The trailer of Munna Michael was unveiled by the makers of the film on June 5. In the film, Tiger Shroff will be seen portraying the role of Munna, a street con, who aspires to be a renowned dancer like Michael Jackson. He gets connected to gangster Mahinder Fauji aka Nawazuddin Siddiqui during his journey and teaches him how to dance.

Put on your dancing shoes, 'cause here comes Munna in action! #MunnaMichaelTrailer Out Nowhttps://t.co/HSg9o23nGQ

In Munna Michael, Tiger Shroff will also recreate the popular song Ding Dong from his father Jackie Shroff's film Hero. In an earlier interview to news agency IANS, he said: "The song is a tribute to my father (Jackie Shroff). There is no better way I could have done it than as his Munna. Dad is my buddy, my first hero... He's the reason I'm here. That's why for this character I'm trying to live his life."

Munna Michael has been produced by Viki Rajani. The film marks Tiger Shroff's third collaboration with director Sabbir Khan. The duo has previously worked together in films like Baaghi and Heropanti.

Promoted
Listen to the latest songs, only on JioSaavn.com
Munna Michael is slated to release in theatres on July 21.