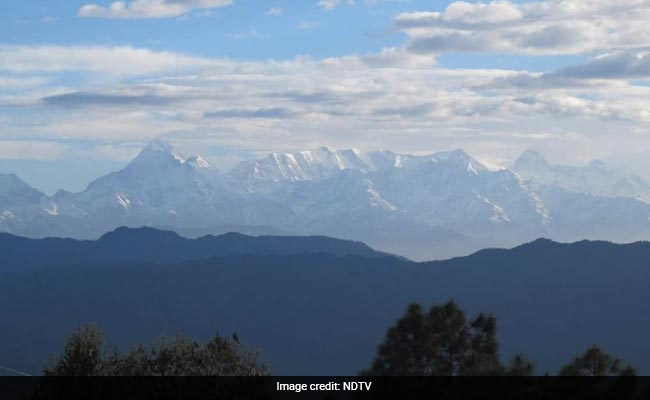 The bodies of three Indian Navy officers and a sailor were recovered from the site of an avalanche at Mount Trishul in Uttarakhand, the Defence Ministry said today. Rescuers are looking for a fifth naval climber and a porter, who went missing after the incident. The men were on a mountaineering expedition.

"Deeply anguished by the tragic death of four Navy personnel who were part of the Indian Navy mountaineering expedition to Mt. Trishul. The nation has not only lost precious young lives but also courageous soldiers in this tragedy," Defence Minister Rajnath Singh tweeted.

"My heart goes out to the bereaved families of Lt Cdr Rajnikant Yadav, Lt Cdr Yogesh Tiwari, Lt Cdr Anant Kukreti and Hari Om MCPO II. My thoughts are with their families  in this hour of tragedy. Praying for early locating of the remaining team members," Mr Singh said.

A rescue team from Uttarkashi-based Nehru Institute of Mountaineering (NIM) led by Colonel Amit Bisht is searching for the missing men, news agency PTI reported quoting the institute. Bad weather in the area is slowing down the rescue team, it said.

A combined team of Army, Air Force and the State Disaster Response Force are also looking for the missing men.

Mount Trishul is a group of three Himalayan peaks in Bageshwar district of Uttarakhand.

The adventure wing of the Navy informed NIM authorities about the incident at 11 am today and sought their help for a search and rescue mission, PTI reported.

A 20-member team of mountaineers of the Navy had embarked on an expedition to Mount Trishul 15 days ago and the avalanche hit the area around 5 am on Friday.