Monsoon 12 Per Cent Surplus So Far, Says IMD. Watch Weather In Your City

Monsoon 2020: The weather office has forecast widespread rain in the north-eastern parts of the country, hill districts of West Bengal, Sikkim, Bihar and Eastearn Uttar Pradesh. Here's a look at the weather update in your city. 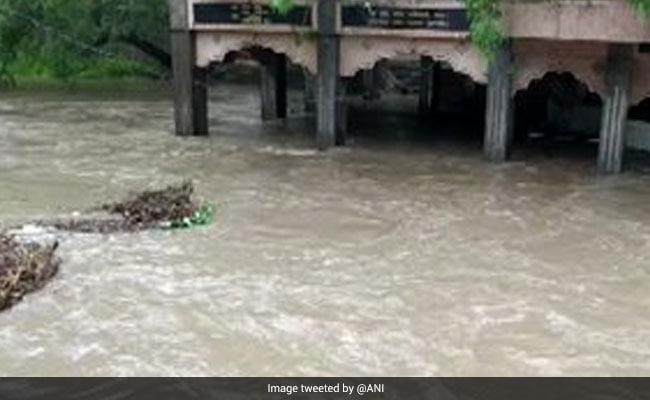 Monsoon rainfall has been 12 per cent surplus this year so far, the India Meteorological Department (IMD) has said. Monsoon has been largely active throughout the country, according to the weather bureau. The Saurashtra region in Gujarat has been witnessing very heavy rain since Sunday. Gir Somnath, Junagadh, Amreli, Dwarka received extremely heavy rainfall. The met office has predicted more rain in these districts in the next few days.

"Under the influence of a low pressure area over Kutch and its neighbourhood, widespread rainfall activity is likely over Gujarat during next three days. Saurashtra and Kutch are likely to get extremely heavy rainfall in next two days...," the IMD said. The water level of Shetrunji river in Junagadh has been rising following incessant rainfall in the region.

Dwarka and Porbandar received 12 and 10 inches of rainfall on Sunday. Massive water-logging has been reported in several parts of Porbandar.

#WATCH: Flooding in parts of Dwarka, following heavy rainfall in the region. #Gujaratpic.twitter.com/xELf8cjLny

The weather office has forecast widespread rain in the north-eastern parts of the country, hill districts of West Bengal, Sikkim, Bihar and Eastearn Uttar Pradesh, on Thursday and Friday. Here's a look at the weather update in your city.

Union Home Minister Amit Shah on Friday reviewed the preparedness for the monsoon and floods in the country. Mr Shah directed officials to develop a well-planned scheme to reduce deaths and damage to property. The Home Ministry said in a statement that Mr Shah also sought an action plan on priority to provide permanent solutions to the perennial flood problems in Bihar, Uttar Pradesh and the north-eastern states.

A total of 40 million hectares in India are prone to floods in the Ganga and Brahmaputra basins and states like Assam, Bihar, Uttar Pradesh and West Bengal are some of the worst hit, a government statement said.

Monsoon 2020 updateweather in your city