The woman said she had seen the monkey at the police station and wanted to drive it away, but the animal pounced on her child. 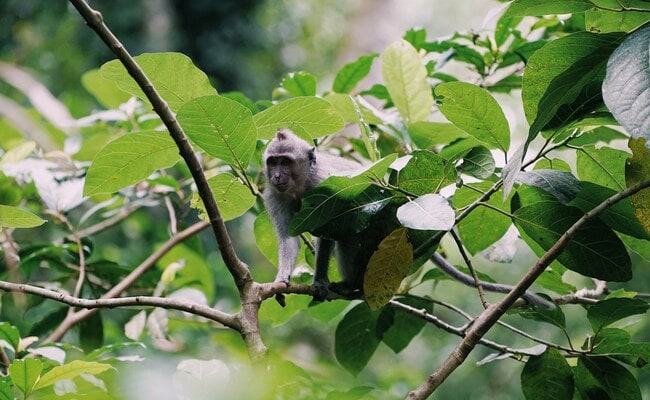 The baby received five stitches on her head after the monkey tried to snatch her. (Representational)

A one-month-old girl was injured after a monkey sneaked into a police station in Maharashtra and tried to snatch the baby from her mother, an official said.

The incident took place on Sunday when the woman carrying the infant went to Shil Daighar police station in Thane city to file a complaint.

At the same time, a monkey sneaked into the premises, jumped on the woman, and tried to snatch the baby, the official said. The woman held the baby tightly and saved her from the animal's clutches.

The child, however, suffered injuries in the incident, the official said.

The woman rushed the bleeding child to a nearby hospital where the baby received five stitches on her head for the injuries, he said.

The child's condition is stable, the official said.

The woman told reporters that she had seen the monkey at the police station and wanted to drive it away, In the attempt, the animal pounced on her child.

"I was shocked, but luckily, I managed to save my child," she said.

Forest personnel later reached the police station and took the monkey away to release it into the wild, the official said.