The university and the colleges have been shifting responsibility back and forth. 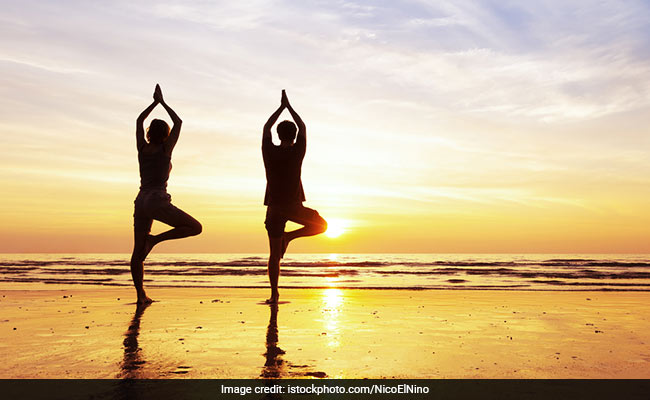 Trials for yoga are scheduled to be conducted later this month. (Representational)

New Delhi: Is yoga a sport? The Ministry of Youth Affairs and Sports (MYAS) says it is not. Yet, 11 Delhi University (DU) colleges have this year reserved seats for the discipline under their sports quota.

The university and the colleges, meanwhile, have been shifting responsibility back and forth.

After recognising it as a sport in 2015, the ministry reversed its decision the next year. "After elaborate discussion, it was concluded that yoga has various dimensions/arms in which competitions are not possible. Hence, it was agreed that Yoga cannot be termed a sport. Consequently, it may not be appropriate to recognise any organisation as NSF (national sports federation) for yoga," the Sports Ministry had said in a letter dated December 21, 2016, to all national sports federations and the Indian Olympic Association.

"It was also agreed that the entire matter relating to yoga will continue to be handled by the Ministry of AYUSH," the letter said.

When IANS contacted the DU Sports Council for a clarification, it said that the colleges had requested the university to conduct yoga trials.

"Yes, Yoga has been under sports quota and it has been there in previous years also. Last year, 19 colleges had applied for trial for Yoga under sports quota. The decision, in which sports admissions are to be made, are taken by the colleges," Anil Kalkal, Director of the university sports council, which conducts the centralised trials for sports quota on behalf of colleges, said.

"Colleges have autonomy to choose the sports under which they wish to give admissions. University cannot tell a college to pick a specific sport. It is their discretion. These sports do not come under Sports Ministry, nor are they regulated by it," he said.

Although colleges are entitled to choose a sport for trials and reserve seats under it, the list of sports from which they are to choose is compiled by the university.

Mr Kalkal cited another factor in the form of inter-university competition, held by the Association of Indian Universities (AIU) -- a non-governmental body listed under the Societies Act -- as one of the reasons for considering Yoga as sport.

"If such was the thing (de-recognition) why would AIU conduct the yoga competition? The day AIU will tell us that Yoga is not a sport and stop conducting the competition, we will stop taking admission under it," he said.

"If colleges are requesting to admit students under yoga, what can the university do? We have to conduct the trials. You should ask the colleges why they requested us to conduct yoga trials," he said.

An official from one of the colleges which has reserved seats for Yoga this year, when contacted, passed the buck to the university.

"We consider Delhi University and AIU the governing bodies. If an activity is listed as sport by the university, we follow that. If DU tells us that it will not conduct trials in yoga then we will also give it up. Government doesn't have a role in it," MP Sharma, sports Convener at Hansraj College, said.

Ambiguity on the legal sanction of quota for yoga got further worsened when an AIU official conceded that the association itself didn't consider yoga as a sport.

"The competition is there because it helps in maintaining your body, mind and spirit. We do not consider it sport. This is not a sport. But we conduct the competition to improve the standard of performance," said AIU Joint Secretary (Sports) Gurdeep Singh.

Mr Singh also conceded that association's decisions are not binding on the university.

"We have nothing to do with the DU sports quota. DU follows its own constitution. You talk to DU for this. A collective decision is made by our sports board. Whatever is in the larger interest of students, we do that. It's not a sport but an activity, which helps strike a balance. The entire world has recognised the value of yoga, I don't know why only here people have an issue with it," he said.

However, in spite of what Mr Singh said, the AIU website lists yoga as a sport in its "Calendar of Events" for 2017.

Although it is a thing which has been going on for years, some DU teachers, when apprised of the matter, called the decision (listing of yoga as sport by the university) as "arbitrary", stating that it was never presented before the Academic or the Executive Council of the university.

"As far as reservation of seats under sports quota is concerned, we have an understanding of reserving them for only those sports which are recognised in Olympics. On what basis can they include yoga in it?" asks Rajesh Jha, a DU professor and Executive Council member.

"This will end up undermining the chances of admission of those who are trained in genuine sports. This seems like a completely arbitrary decision," he added.

Promoted
Listen to the latest songs, only on JioSaavn.com
Trials for yoga are scheduled to be conducted later this month.

Apart from Hansraj, Gargi College, Deshbandhu College, College of Vocational studies, and Kalindi College are few of those which have given their names for yoga trials and have reserved seats under the activity.