Taimur Ali Khan Pataudi, born in December 2016 to Saif Ali Khan and wife Kareena Kapoor, has earned the ire of right-wing public figures and trolls in the past as well. 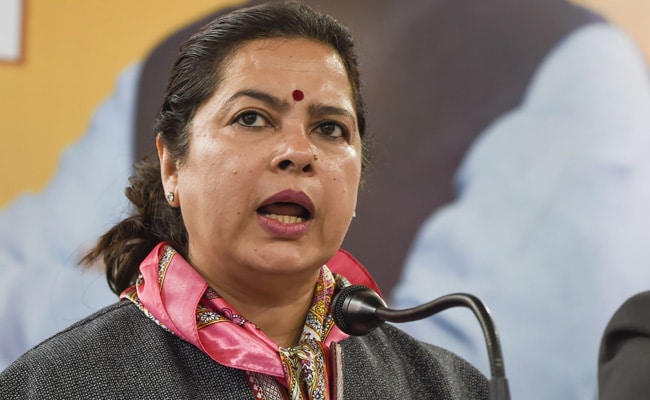 BJP spokesperson Meenakshi Lekhi has hit out at actor Saif Ali Khan for his recent remarks on Indian history, citing the name of his three-year-old son Taimur.

Responding to a question in an interview on the political context of his latest movie 'Tanhaji', which tells the story of a 17th-century Maharashtrian military leader, Saif Ali Khan had said, "I don't think this is history. I don't think there was a concept of India till the British gave it one."

Meenakshi Lekhi joined those enraged by the statement on Twitter, calling out the actor for his child's name.

Even Turks find Taimur a brute ! But some people choose to name their children Taimur . https://t.co/T9xX5qihAw

This is not the first time the name of Taimur Ali Khan Pataudi, born in December 2016 to Saif Ali Khan and wife Kareena Kapoor, has earned the ire of right-wing public figures and trolls.

Asked if he was named after Timur, the capricious 13th century Central Asian invader who massacred Delhi after an attack in 1398, Saif Ali Khan had rubbished the claim.

"My wife and I love the sound of it and we love its meaning. I am aware of the heritage of the Turkish ruler-he was Timur, my son is Taimur, an ancient Persian name that means iron," Saif Ali Khan had told Mumbai Mirror newspaper in 2017.

The actor later admitted that he had briefly considered changing his newborn son's name, two months after his birth, to something non-controversial after the vicious trolling he and wife Kareena Kapoor faced.

Meenakshi Lekhi, who frequently leads the BJP's charge against critics on high-pitched television debates, had recently taken on Microsoft chief Satya Nadella for voicing his concerns about the Citizenship Amendment Act (CAA).

"How (the) literate need to be educated! Perfect example. Precise reason for CAA is to grant opportunities to persecuted minorities from Bangladesh, Pakistan and Afghanistan," she tweeted, and accused the US government of discrimination against Syrian Muslims.