"I don't think there was a concept of India till the British gave it one," said Saif Ali Khan 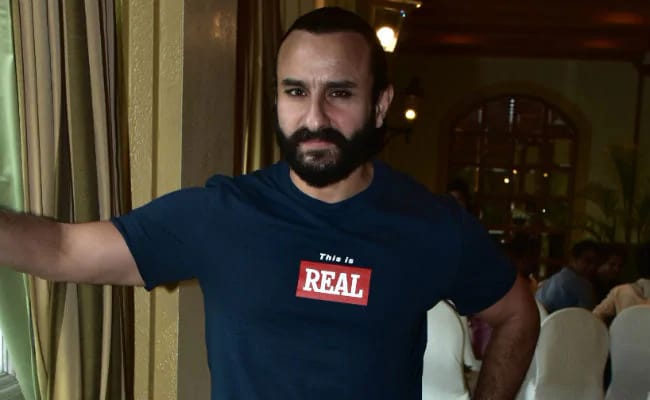 Saif Ali Khan, who is currently basking in the success of his recently-released film Tanhaji: The Unsung Warrior, has been trending on social media and not for the right reasons. The 49-year-old actor was recently on the receiving end of Twitter anger for his recent "concept of India" comment. The actor, in an interview with Anupama Chopra for Film Companion, was asked if it bothers him that the "politics in Tanhaji is questionable." Saif replied, "I don't think this is history. I don't think there was a concept of India till the British gave it one." This dismissal of nationhood enraged the Internet.

A Twitter user schooled Saif on India's history by sharing an ancient map of the country and wrote: "Read history before quoting it Mr," read an excerpt from the tweet.

#saifalikhan should look this images long back before freedom(republish 1987) this map was exist so read history before quoting it mr. Saif see the places and their names. We have map which were 1000's of year back but this is enough for u right now pic.twitter.com/HBCTPVk2rm

Another Twitter user followed suit: "Dear Saif Ali Khan, check out some of these ancient maps which clearly mentioned India long before the British even existed."

Dear #SaifAliKhan check out some of these ancient maps which clearly mentioned India long before the British even existed. pic.twitter.com/fULTe9WvMI

Now you know why Native Americans are called Red Pakistanis because according to 'history buff' #SaifAliKhan there was 'no concept of India until the British came'... #PoorOlColumbus

"Not without reason that history buff Saif named his son Taimur"#KareenaKapoor#SaifAliKhan#TaimurAliKhanhttps://t.co/8fhmmIBRKE

In Tanhaji: The Unsung Warrior, Saif plays the role of Udaybhan Rathod, a Rajput general who defended - and eventually lost - the Fort of Kondhana from Chhatrapati Shivaji's Maratha forces in the 1670 Battle of Sinhagad. Ajay Devgn plays the titular Tanaji Malusare while Kajol plays Tanaji Malusare's feisty wife Savitribai Malusare.

On the work front, Saif Ali Khan has a super busy schedule. The actor, who was last seen in Tanhaji: The Unsung Warrior, has Hunter, Bhoot Police and Jawaani Jaaneman in the pipeline.