Ahmedabad: BJP chief Amit Shah must appear in court to explain whether he was with Maya Kodnani, who worked with him as a minister in Gujarat, on a day when Muslims were killed in 2002 on the outskirts of the city of Ahmedabad, a judge has decided. Ms Kodnani, already convicted of murder in one case, is being tried separately for the massacre of Muslims in another village. She had told the court that Mr Shah should be summoned to testify on her behalf because he is crucial to her alibi.

Mr Shah, 52, was a senior legislator when Gujarat was seared by communal riots. Ms Kodnani was not a minister at the time, but soon after, she served as Minister for Women and Child Welfare.

Mr Shah has the right to appeal against his summons. BJP spokesman Bharat Pandya said he cannot comment on the matter because it is in court. 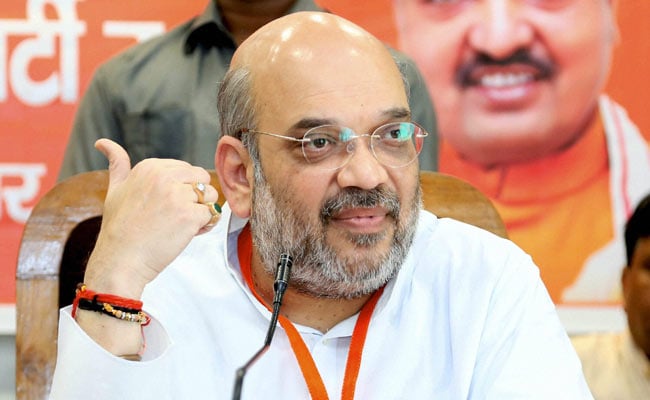 In 2013, Ms Kodnani, a gynaecologist who owned a clinic in Ahmedabad, was sentenced to 28 years in jail for leading a mob that killed nearly 100 Muslims in Naroda Patiya, the single bloodiest episode of the three-day riots. In July 2014, she was granted bail.

Naroda Patiya is 10 kilometres from Ahmedabad; nearly 100 Muslims were killed here. Ms Kodnani has also been accused of murder in the riots that took place the same day, on February 28, 2002, next door is Naroda Gram, where 11 Muslims died.

Mohammed Salim has served through the lengthy seven-year trial as a star witness against Ms Kodnani. His house was burnt and looted, some of his family members were injured. He has told the court, "I saw Kodnani and VHP leader Jaydeep Patel instigate the mob that had assembled at the outskirts of the village....and soon after, they started attacking and killing people there." 11 other witnesses have confirmed Ms Kodnani's presence at Naroda Gram when the killings took place.

But Ms Kodnani says that Mr Shah and 13 others listed by her can prove that at the time of the killings that she is accused of, she was at the Gujarat assembly and then at Sola Civil Hospital, the nursing home that she ran. Her lawyer has said in court that she accompanied Mr Shah and other political leaders to the hospital to see the bodies of 60 Hindu activists burnt to death by a Muslim mob on the Sabarmati Express train, triggering the deadly riots.

Promoted
Listen to the latest songs, only on JioSaavn.com
Lawyers for the families of the victims in Naroda Gram say that  Ms Kodnani wants to use the potential appearance of the BJP president to intimidate them. "By putting up a false witness, there is an attempt to discredit the statements given by crucial witnesses. Also, by putting up a big political personality, there could be an attempt to influence the trial," said Shamshad Pathan, who represents affected families.

But Ms Kodnani's lawyer Amit Patel told NDTV that his client is "well within her legal rights to examine witnesses.''